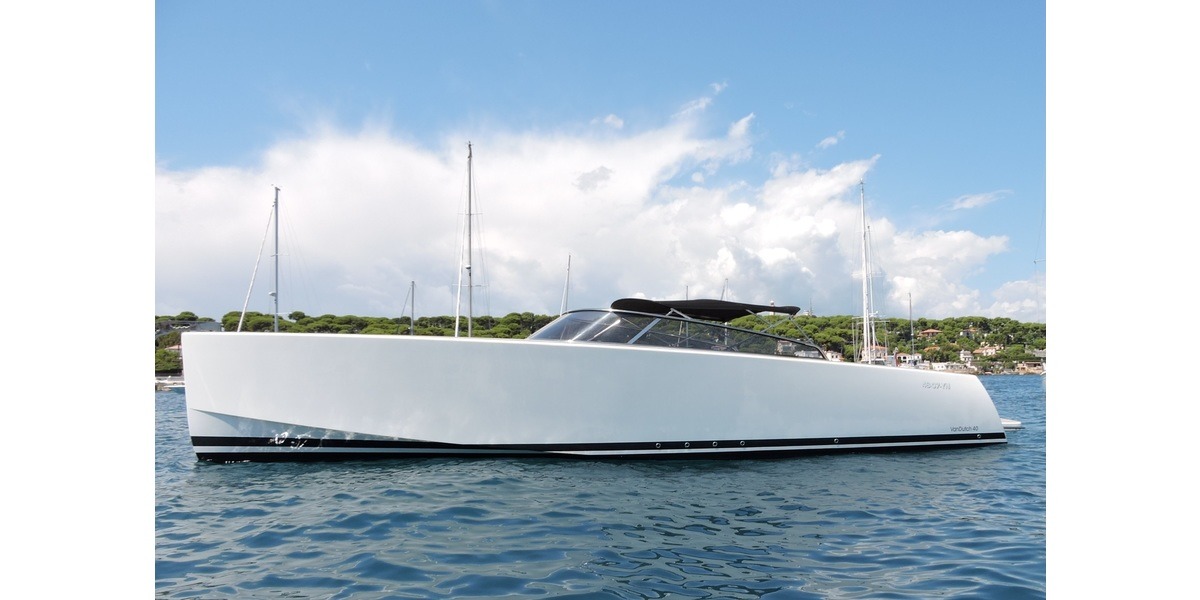 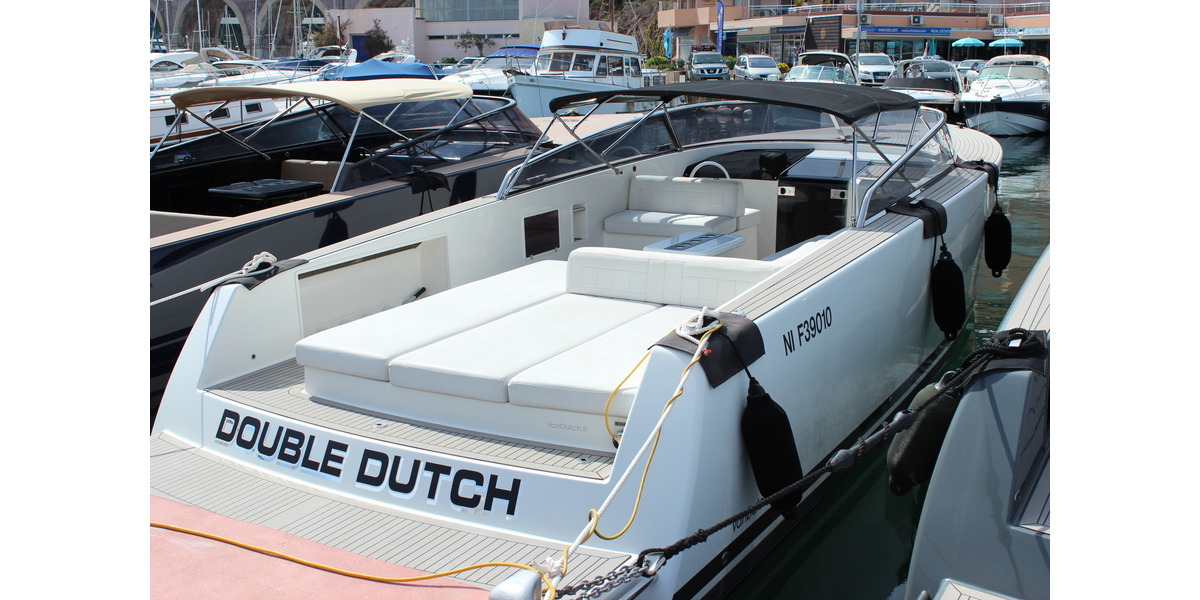 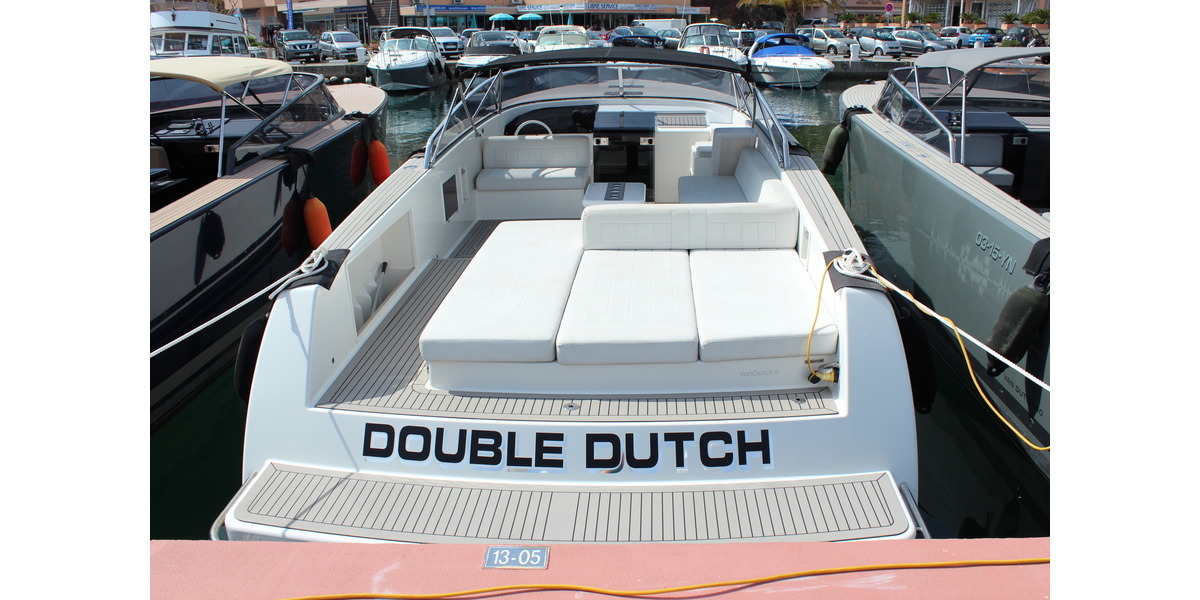 The most popular luxury day boat in France, the VanDutch 40 is sure to impress. Cannes is close and can be reached in a short time or you can cruise around Saint Tropez and Pampelonne Beach for a relaxing day with Rosé and have lunch in a famous beach club.

The use of clean towels, refreshments and dry snacks are included in the price, and a bottle of local Rosé is our gift to you! Just ask the captain!

We have other colours and a 55 foot model available, so do enquire. We also have VanDutch based all along the French Riviera. Delivery fees may apply depending on availbility.

ANCELLATION BY CHARTERER & CONSEQUENCES OF NON-PAYMENT