Demanding route, recommended to experienced sailors can interpret the weather forecast not to be caught by the mistral in some little protected harbor. You will be surprised by the historic and natural jewels set in an area of Sardinia to be discovered.

COSTA VERDE Leave the island of San Pietro, begins a fascinating journey, in an unusual Sardinia. Forget the postcard images: left to right the long Funtanamare beach, the sand climbs up into a cliff face overlooking the sea, surmounted by juniper trees bent by the mistral. Set, a stone portal: is the ancient outlet to the mines of Porto Flavia, which in the past gave jobs and wealth to the whole Sulcis. Mining activity is now stopped, not the charm of the area. Rocks of Pan di Zucchero, from the deepand sandy bottom, they are a pleasant break in the northward journey. A stop at the fjord of Cala Domestica is a must, as well as in Buggerru (only when the sand layer that obstructs the port will be dredged at last). The Costa Verde named for the color of the vegetation that breaks clear cliffs, ending with Arbus and flows in the Oristano. Ponds, flamingos exposed, excellent roast mullet are the outline on arrival at Tharros, with the same name Phoenician archaeological site to act as a stunning backdrop.

THARROS The extension of the Punic ruins under water makes it impossible to access inshore, the border is indicated by a special field buoys. Better to schedule a visit from the ground, after landing at the marina of Torregrande that, comfortable, allowing a necessary stopover, to rearrange ideas and emotions, before sailing to the northern tip of the coast.

MARINE PROTECTED AREA SINIS MAL DI VENTRE After Capo San Marco, begins the Marine Protected Area Sinis Mal di Ventre, which includes the homonymous island and covers an area of 25 hectares, divided into three zones of protection so as to make possible its sustainable use. Unapproachable from the west side (zone A of the reserve, the amount of the Rock of Catalan, located six miles to the south), provides opportunity to anchor at Cala dei Pastori, located in Area C.

CAPO MANNU Is elected by surfers as one of the best Mediterranean spot: during storms of the mistral, its waves are 5 meters high! From Capo Mannu stands, very white, the Is Arenas beach. Coasting along, paying attention to some emerging rocks, you can see Santa Caterina di Pittinurri and the beautiful natural arch of S’Archittu.

S’ARCHITTU The natural rock arch, 15 meters high and is popular amongst the extreme diving enthusiasts, it has often been the advertising and film set.

BOSA Unique in the Sardinian geography, Bosa is set on the banks of a river: the Temo, be traveled with the tender once left the boat on the floating docks of Bosa Marina (Nautica Pirisi, 0785.375550) .Its low houses and colorful, the historic center hispanic style topped by Malaspina Castle which still preserves the medieval old frescoes, are a nice detachment from immersion naturalistic route, along the excursion into the interior on board the Green Train.

ALGHERO Fortified city, born on the sea and to the sea got its name. It seems, in fact, that this derives from the abundance of deposits of oceanic Posidonia leaves, erroneously called algae, present along the sandy beaches especially after south-west  storms. Alghero was founded in the twelfth century by the Doria family of Genoa, in the following century, however, was conquered by the Catalan-Aragonese who entered the fortified city on August 31, 1353. The following year, the city was repopulated by people coming from different Catalan territories and then Alghero preserves the language and traditions of that people and the Iberian peninsula. The monuments, churches of the old town, close by massive towers and bastions such as noble palaces and, in particular, the towers of cathedral SANTA MARIA and the church SAN FRANCISCO, retain a clear imprint of the Catalan-Gothic “style.” ” BARCELONETA “so Alghero is affectionately called by the Catalans, with its sea, its history and its people was the first capital of Sardinian tourism since the 800 and still represents the city in Sardinia with greater traditions of hospitality .

PORTO CONTE Is the bay between the bay of Alghero and the promontory of Capo Caccia, landing point of the most quiet of the Coral Coast (so called because of the abundance of “red gold” on the seabed), ideal for an overnight stop on the pontoons of the marina. It is part of the Marine Protected Area Capo Caccia – Isola Piana and is very popular for the practice of many sea and land sports.

CAPOCACCIA the imposing promontory that borders the bay of Alghero is among the highest in Italy. With its 186 meters above sea level, it is visible up to 34 miles away. It is included in the Marine Reserve of Capo Caccia – Isola Piana which also includes the Bay of Porto Conte and the suggestive Caves of Neptune, the most famous of Sardinia.

STINTINO The charming little village of Stintino overlooking the Asinara Gulf, on the northeastern coast of Sardinia. It has a very precise date of birth, 1885, when the fishing families who lived on the Asinara island were evicted to make way for the penal colony and had to found a new settlement in Capo Falcone. The origin of the name comes from the Sardinian “s’isthintinu”, that is, the gut, the name given to the narrow fiord where it is born the country. The two ports – Portu Mannu and Portu Minori – are equipped for nautical tourism.

THE ASINARA A true natural paradise, Asinara is famous for having hosted for a long time a penal colony which preserved its pristine natural configuration, valuable in the beauty of the coastline, in the colonies of rare and wild animals such as the famous white donkey, in the extraordinary blue colors of the sea. The landing takes place in Fornelli, in the southern Gulf, near which there are buildings of the former penal colony imprisonment. Being National Park, require permission of the Park to be reached by private boat.

WEATHER The climate is typically Mediterranean and low rainfall, limited mostly to the winter season, it is refreshed by the wind that, for the exposure of the coast at the west side, makes navigation suitable for crews of great experience, and still heading north – south.

6 1 Day
Explore the history of Western Sardinia
Available with 8 yachts
Interested to know more or to book?
Send us a message 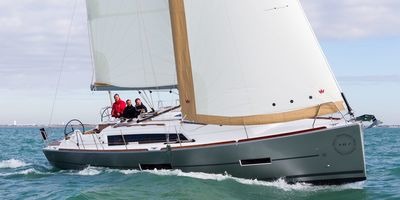 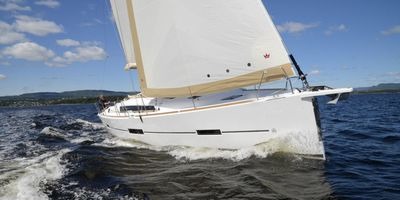 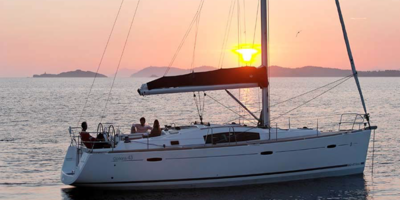 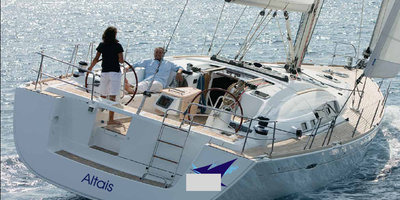