A travel in time, history and the sea

TUSCANY AND ARCHIPELAGO
Villages of ancient fortresses, cozy campaigns for those looking for relaxation away from the rhythms of the city and of course the crystal clear waters combined with a rich cuisine and traditional flavors: these are the reasons for which Tuscany is a popular destination for international tourists.
But we can not forget the history and art of this land that make it interesting even when the weather does not allow us to navigate.
The first records date back to the Etruscan and Roman period, when the soil Maremma rose the city of Tarquinia, Populonia and Vetulonia, of which there are still traces important from archaeological point of view.
Do not miss the magical lagoon of Orbetello, in front of which stands out in the sea green promontory of Argentario, holiday destination with exclusive Porto Ercole and Porto Santo Stefano. Farther south is the wild coast of Capalbio, known and appreciated by noble, rich landowners and emperors since ancient Rome. Even today Capalbio, with its perfectly preserved medieval village with its walls which offers a spectacular view of the valley, is an exclusive holiday resort and appreciated that enables visitors to be catapulted back into the past. Shortly after there is, finally, the Natural Park Archaeological Vulci and Tarquinia, the necropolis which was listed as a World Heritage Site by Unesco.
And then ...... Saturnia, which is also a favorite for lovers of spa and wellness.

PONTINE  ISLANDS
Six islands: Ponza the greater, from which the archipelago takes its name, then Gavi, Zannone, Palmarola, Ventotene and Santo Stefano.
Beautiful islands, where nature and the sea are always protagonists.
Ponza, is characterized by rocky and sandy beaches, natural arches, cliffs, pristine sea and romantic coves to moor in peace.
And then there's the town with its narrow streets, craft shops and many local and where tourists and not only like to spend evenings; magnificent facades of houses painted in pastel colors that look out over the harbor.
Among the places to visit and clear the sandy beach of Chiaia di Luna, one of Lucia Rosa, he loved for its sunsets, the bay of Cala Feola with natural pools, and the beach of Fronton, where many people come with own boat for a drink.
But besides the beaches, the islands of Ponza offer a magnificent spectacle even marine, very appreciated by divers.
Fantastic the submerged isthmus that joins Ponza to Zannone. Not to mention the deep seabed that guard ancient treasures: the Roman ships in wrecks of ships sunk during World War II.

Ventotene.
This island is a little gem, a few houses, gathered around the harbor, and an ancient history, a holiday resort since the ancient Romans.
Ventotene today, together with the island of Santo Stefano, form a beautiful nature reserve and Marine Protected Natural Area.

Palmarola is also a nature reserve. The island, for the spectacle of nature and the coast is considered among the finest in the world. Features the cave houses, the only ones present here, as well as a small restaurant located on the beach. The nature also surrounds Zannone, the northernmost of the islands, which for its natural importance, since 1979 has been inserted in the Circeo National Park.
The island, uninhabited, was the site of a Cistercian monastery ruins of which remain important.

Finally, the small island of Gavi (700 meters x 350 meters), totally free of beaches, has rocks that rise along the rugged coastline and a unique cave "the cave of Gavi".

Only one recommendation you can make the tourist who goes to the Pontine just got off the boat, you book now in a restaurant or at a restaurant, the culinary tradition of the Pontine Islands is one of the oldest and savory flavors and blends gracefully with those of Roman cuisine typical of the sea.

6 1 Day
Admire the fantastic region of Tuscany
Available with 3 yachts
What's included
Crew
Skipper
Interested to know more or to book?
Send us a message 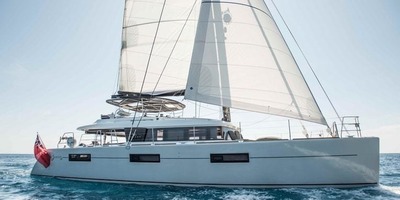 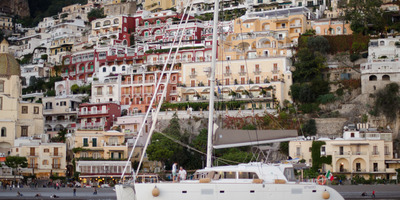 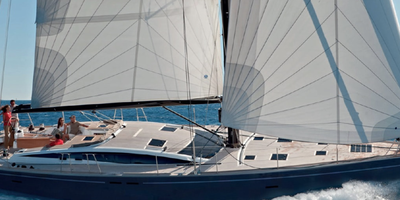