Welcome to the most romantic sailing holidays in the land of myths!

... that Zeus, father of all humans and gods, was in love with Thetis, a sea nymph, but receives a prophecy that Thetis's son would become greater than his father. Zeus recalls his own story, he had dethroned his father to lead the succeeding pantheon of gods. So, Zeus, in order to avoid such an outcome, finds better for Thetis to marry a human. That human was Peleus.

Peleus was very much in favour of such an arrangement, as he liked Thetis however, Thetis refused him.

Proteus, an early sea-god, advises Peleus to find the sea nymph when she is asleep and bind her tightly to keep her from changing forms to escape.

Peleus did so, but Thetis managed to shift shapes, becoming flame, water, a raging lioness and a serpent. Peleus held fast and eventually the nymph was subdued and consented to marry him.

This myth contains a huge symbolism for every couple and teaches all of us not only the patience we need to show inside the family over every unfortunate incident that may happen but also the patience along with necessary compromises we need to show each other as a married couple.

The wedding of Peleus and Thetis was celebrated in the sea cave of Veneto, on Mt. Pelion. The wedding attended by the Nereids, all the gods and goddesses of Olympus along with all the kings and local governors of Ancient Greece. At the wedding, Apollo played the lyre and the Muses sang.

As for the presents, Centaurus Chiron gave Peleus an ashen spear. The blade of the spear had been forged by Hephaestus and polished by Athena. Poseidon gave Peleus immortal horses!

Everyone was invited to that wedding except one: Eris, the goddess of discord. So for spite, Eris flew from Olympus to the sea cave of Peleus, and threw from the hole on the top of the cave a golden apple which was to be awarded ‘’to the fairest’’

This leads to the 1st beauty competition of our world! 3 goddesses laid claim to the apple: Hera, Aphrodite and Athena.

The 3 goddesses asked Zeus, as the father of human and gods, to decide. Of course, it was not an easy issue for Zeus to solve, as Hera was his wife, Athena and Aphrodite his daughters. He would not dare to disappoint any of them. So, instead, he declares that it will not be him to make a decision but he knows a very fair person, the shepherd king of Troy, the famous Paris. Zeus ordered Hermes to lead Hera, Aphrodite and Athena to Paris.

The 3 goddesses appeared before the young prince Paris and each of them tried secretly to “approach” him, by offering gifts.

Hera offered him an entire kingdom “…. So you don’t need to be just a prince, but the king”

Athena offered him eternal wisdom and Aphrodite offered him the most beautiful woman of all time, Helen.

Paris chooses Aphrodite and we all know where this leads to: the beginning of the Trojan War!

Live the myth with your beloved ones! On your sailing yacht!

Experience the atmosphere of the ancient wedding with your beloved one or renew your wedding vows in the sea caves of Veneto, where Peleus & Thetis got married and become part of the history!!

Sea. We will be there to make it come true! Aegean your yacht and follow this one in a lifetime experience in Book

8 1 Day
Get married on a fantastic sailing yacht
Available with 4 yachts
What's included
Skipper
Interested to know more or to book?
Send us a message 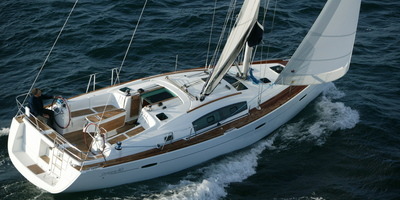 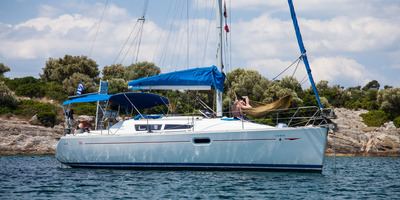 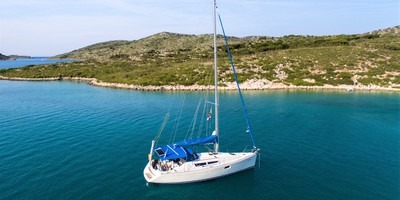