The Man and the Sea - how Stories become Part of you

Everyone has their story to tell. Story to share. Story that becomes part of you and guides you further. In the time when there was no GPS, sailors had to know how to read the stars to guide them.  Maybe now it is hard to believe so,  but that it was the reality. Real sailors still know how to do it and I highly admire these skills. We also say that there are times in life when the stars just simply align – it happens when things are going well and we simply feel lucky.  I believe in my  positive stars alignment when it is  about meeting people, especially those who are related to water. I think I could write a book about every single person I met while learning or teaching freediving. When it developed into sailing it was pretty much the same. Maybe is that the common thing of the ”water people”?  I am sure you have ever had that feeling when you encounter someone for the first time and after 5 minutes of conversation you have an impression as if you knew that person for years.  So let me tell you one of these stories of an extraordinary person I met on the boat.

Last summer I was freediving and sailing in Adriatic coastline. After several months spent by the Red Sea I was truly enjoying the green islands and amazing cuisine there. Yes, I reckon you may take me for a hedonist, but changing my lifestyle from the office one to the sea, gives me such a great opportunity  to be close to the nature and meet people who also live this way. Just to give you an overview of the scenery - tiny islands, turquoise warm waters, pure white sails, sound of waves and chirping cicadas, wafting scents of wild rosemary, lavender fields, vineyards and handmade olive oil… Well , I presume this is where mythical gods were enjoying ambrosia… So being in such a place makes you feeling as if you were one of them actually. And you may feel you are really lucky. 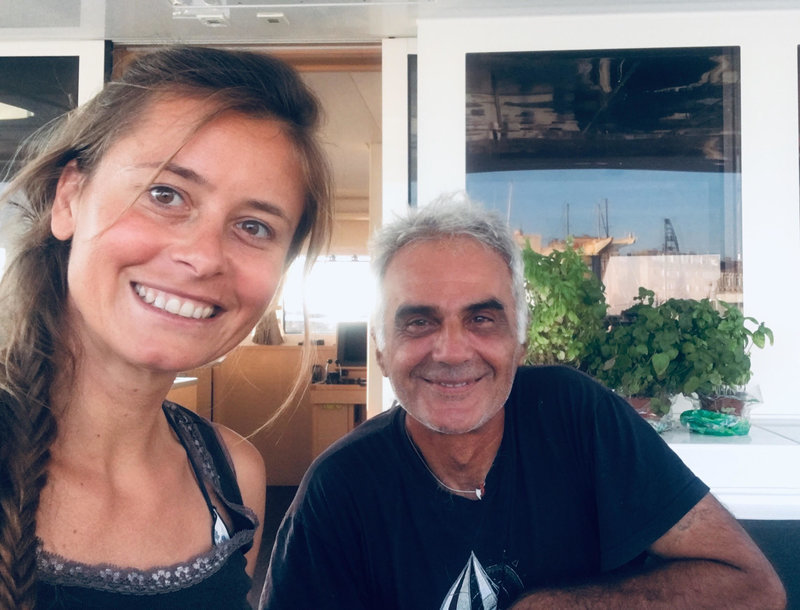 So I was walking through one of the marinas and staring at the boats which sailed there from different world destinations and friendly saying “hello” to those sitting on the board enjoying the sunset, preparing a dinner, playing cards and treating the boat as their home.  Some of them were having holiday family time, but some of them seemed to be part of the boat as if there were born there.  I don’t know when I have started a conversation with a captain of one the catamarans. He was reading something on the board, surrounded by basil and other herbs he could use for cooking. Straight away I thought about  Léon of Luc Besson – the guy who always kept his flowers with him. But come on – it is not the herb in the pot that makes you a series killer! It was kind of funny thought.  Our conversation started on the topic of boat sharing economy and boat swapping.  I was curious what he thinks about hosting people on the board of his boat. And the answer just appeared.  It turned out that Costis is a Greek sailor who spent most of his life sailing on different vessels and waters. At that time he was staying in the marina and waiting for a group of people who would join him in several days for a few weeks trip.  Very calm temper but he seemed to be a bit impatient staying in one place. I guess this is what some people call “land-sick” to describe  a state of missing the state of being rocked by the waves. Can you imagine that some people stay more of the time on the sea comparing to the land? Of course you can. Then the water become a natural environment and waling on the ground seems to be a bit unnatural.  The boat was spacious and he was the only habitant there and it seems that he missed to talk a bit with people.  So quickly our small talk  about boat swapping become a massive conversation about life, sea, passions and in few minutes it appeared that we have so much in common – even though our life scenario differ a lot, we met up in the same point. Actually Costis was the second Greek I have known. The first one is an very talented and passionate freedive instructor, one of the first professional instructors in the freediving and spearfishing world and I had a chance to meet in Bali. Believe me or not, but both of them know each other! So I know two Greeks now who know each other. World is so small! 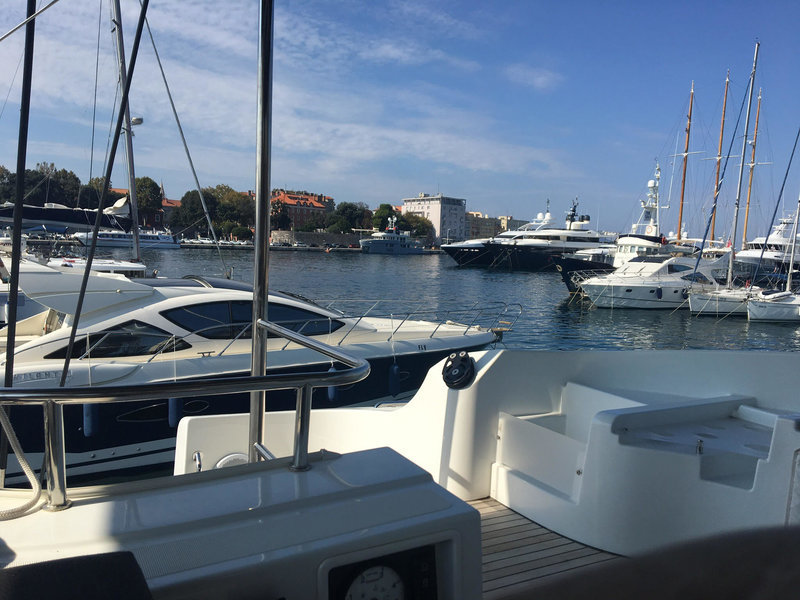 Costis is a water baby who became the man of the sea. Since his childhood he has been in love with it. He agreed to share with me his story and time on the boat offering me a common meal, using the precious leaves from his basil pot. Apart of sailing he has been working for over 20 years as an editor writer for the underwater magazines and also with his friend he has created a documentaries on new ways of spearfishing. Mind that at  90ties the technology was so much different that the one nowadays and it was one of the most common sources of new knowledge at that time. He was also editing the materials of our common friend so two of them are very knowledgeable.  I felt very privileged to hear his story:

That mesmerizing sensation that he had as a kid and natural magnetism kept him always close to the sea:

I asked him what drives him to sail, freedive and spear fishing  and also if he consider himself as someone who is privileged living by the sea comparing to those who constantly live in the cities. And I got very simple and honest answer.

I was very lucky to be aligned with stars that guided me to that marina. There are people with marvelous stories, experiences and passions that they happily share. I hope to the good winds will cross our ways again and I could listen to more answers for my questions. Nothing less than that:

Thank you Costis for your hospitality and your time again. I wish you all to meet such a people on your way.

PS. Take care of your basil! 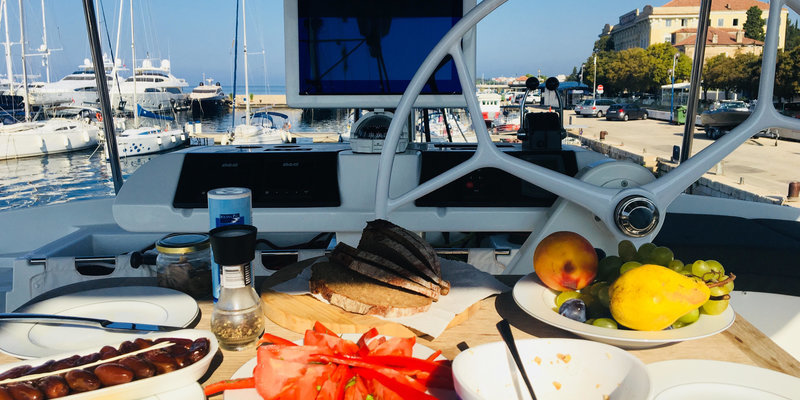