A Taste of Paradise. The Vision we Create in our Minds.

Let me take you on a journey. A time and space journey. One of the first colorful TV advertisement I watched and was impressed by it so much that I still remember the vision it made in my little kid’s head was… Bounty. Yes, coconut-chocolate bar. In fact I find it’s too sweet, but the image of the paradise it has created was  just stunning. I could watch it for a million times and I still loved it. Note that it was the time when there were just a few TV channels and capitalism was just entering post-communist countries. Travelling around the world and visiting oriental islands were not even in the scope of the dream for majority of people.

Author of this blog: Emilia Biala.

So imagine this simple picture: beautiful girl is biting a mouthwatering chocolate bar and once she gets to the coconut filling – she is being teleported into unreal, stunning island with white sand, clear turquoise waters and a super-handsome, long-black hair, sportive, tanned indigenous prince ( I bet he was a son of the chief of the whole village). So that superman  climbs the coconut palm tree to bring her the nut.  The nut itself while falling down from the tree breaks into two halves, coconut water springs out and the white pulp is ready to smell and eat. I have never tried fresh coconut before. The couple and the island were so unbelievably beautiful  and healthy and moreover they were also unbelievably flourishing with the happiness, so I think at that time I would be able to pay any price to get into their skins.   As a girl, about 10 years old  I had not a  penny and there was hardly no possibility of travelling with my parents or anyone I knew even by the Baltic Sea.  But I had dreams. And picture of paradise and eternal happiness already printed in my mind. 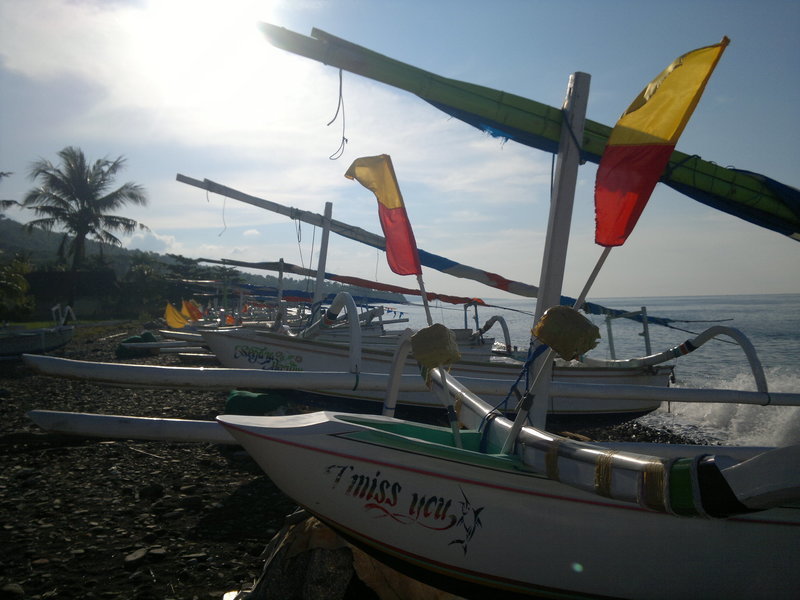 I recon you may find this story pretty naïve, but  I believe the visions we create in our minds are very powerful and attract the reality. As I still didn’t really love the taste of that specific coconut bar, I was adoring most of the coconut flavored products, starting from a soap and ending up at malibu liqueur with milk which was the first one I was enjoying as an almost adult woman. But the coconut flavor was not enough. I wanted more, desiring to visit the paradise island. A little bit sadly I accepted that the prince of the village became a king by that time and he was still immersed in the happiness with his wife who probably got fat biting all the time the same chocolate bar. In fact I was also wondering if that paradise still existed and was truly hoping that somewhere there is one preserved for me. A girl who grown up with two TV channels. Yes, I wanted to try the real taste of fresh coconut, walk bare foot on a white and smooth sand and swim in warm and crystal waters.

Let me present you the law of attraction.  By my own experience and example of the chocolate bar. The universe changed, I knew how to swim, internet appeared and capitalism opened the world through globalization. Within two and half decades  most of the people could zap hundreds of colorful channels sipping malibu and by one click they could buy a plane ticket to land wherever they wished. A miracle? I don’t want to say that most of the humanity was dreaming the same dream as I have but I believe the dreams attract our reality and it is just a matter of time to get the right tools to make the dreams come true. 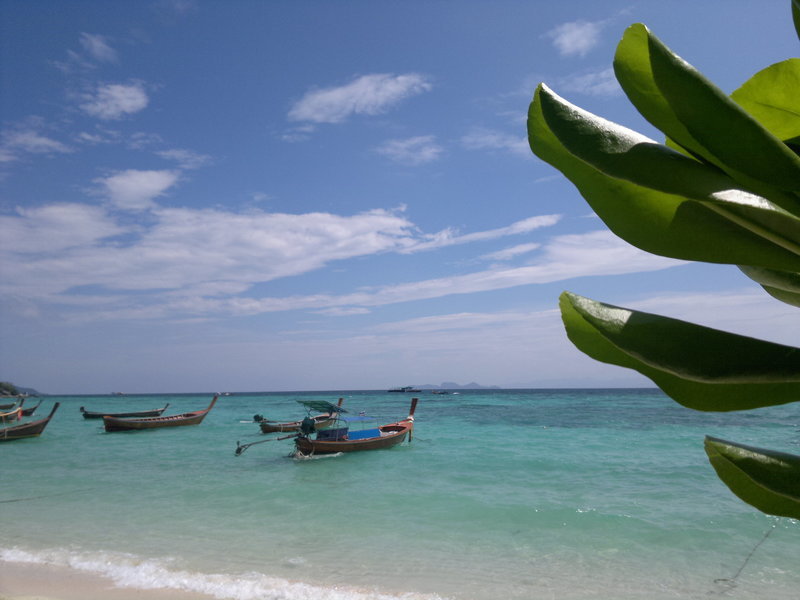 It is nothing unusual now to be able to travel, to jump within several hours from a grey and dirty city into the more natural environment and relax. I think there is no a single place on Earth where there is no a human foot print. So while I tried my first fresh coconut I was in Bangkok. I was a backpacking tourist heading to the one of the paradise island “koh”. Well, its taste was extraordinary  ( I was waiting for it for over 20 years!) but the fact I had it in the middle of crowded city from the street vendor did not satisfied me. Deep in my heart  I was expecting an incredibly handsome guy serving it to me. But he did not appear! So I had no other choice than keeping my travel on, searching for the real taste of the paradise. So I took the tuk-tuk, then public bus, tuk-tuk again, a motorbike as a passenger carrying my huge backpack (how comes I am still alive?) then waiting for long night hours in the wooden hut converted into a boat stop. At the dusk I saw the boat that supposed to bring me there where my heart was calling. Anyways my heart had to suspend its desires for a while when the huge waves made my stomach sick. I remember I would pay any money to go back on the land again. But had no choice. It was the price to paid for getting to my paradise island. 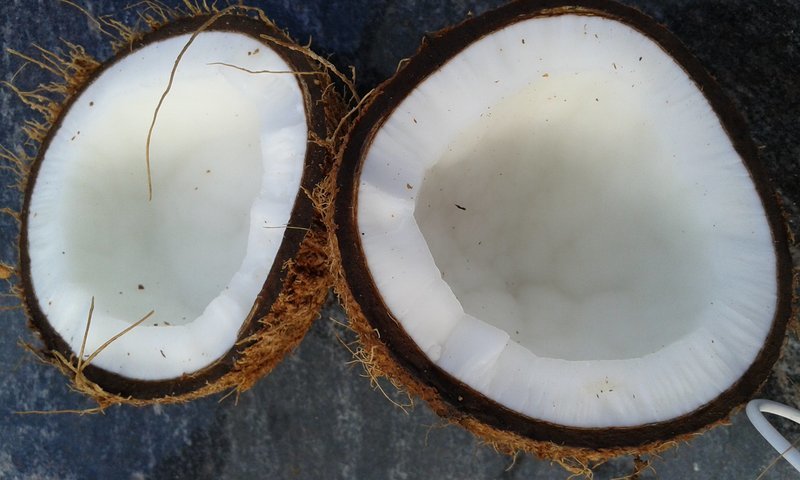 Finally after long hours that seemed to be an eternity, we landed. I don’t remember if I was so stunned by the beauty of the island, happy that I am alive, or just groggy after the trip… I didn’t plan at that particular moment that I will voluntary get on the boat again. Someone would need to pay me a fortune to do so! I had to accept that I was not the only person on the island, there were restaurants, shops and infrastructure for tourists. Anyways it was still a place with the landscape a tv advertisement like.  I couldn’t believe I was there. Just in the ground zero of my dream from the time of being a kid. The coconut bar brought me there! Obviously there were way more reasons to embrace these places, including freediving conditions.  Many times further on I took a different kinds of boats: so called long-tail in Thailand (years ago they had no propeller on a long metal stick but just a paddles used by the crew) dragonfly or jukung in Indonesia, banca in the Philippines, Croatian bracer or even langskip Viking ship or or the motor and sail boats,  taking care the conditions are good enough to sail. Taste of the coconut was a bit different in different places while meeting new people and experiencing our common stories. There were people who knew how to climb the coconut tree the traditional way with no single climbing protection. There were more and more world wanderers on my way who switched their tv remote controllers into the sails or fins or both. They all had a bit similar dream: to enjoy a genuine taste of the place. To encounter authentic people. To preserve the nature for the next generations and  enable them to dream and live in the paradise.

PS. My tip: never be satisfied with artificial flavors. 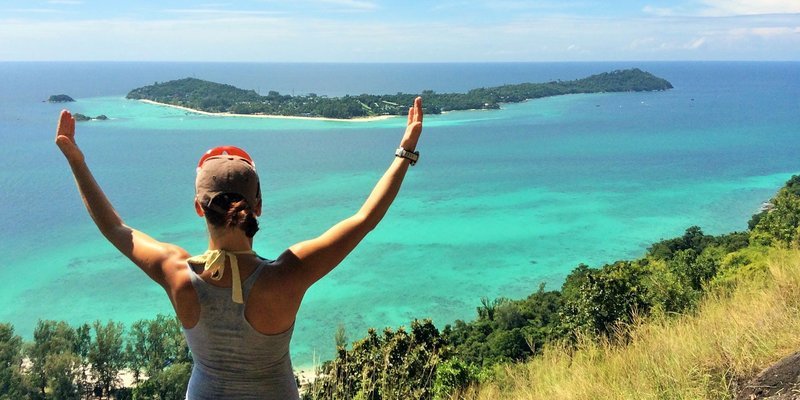