To say the Caribbean is a sailing hot-spot is an understatement. With over 7,000 islands and 1,000 kilometers of coastline running between North and Central America, the Caribbean was made to be enjoyed by boat.

The options seem endless and deciding on a destination isn’t easy. We’ve helped by highlighting our 5 favorite Caribbean destinations and each of their unique offerings. Take to the high seas on a luxury boat charter with Boataffair and check out the tropical haven that best suits you. Enjoy the virtual show!

National parks, private islands, dreamy white sand beaches, and thrilling dive expeditions — it’s impossible to pick just one reason to visit the Bahamas. With over 700 islands clustered in the turquoise Caribbean, it’s fair to say that water activities like sailing and scuba diving take precedence. Famous for its abundance of sharks, an adrenaline-pumping shark dive is a common activity around the islands, and will certainly cement the Bahamas as the most exciting destination yet. Bimini is a playground for the elusive Hammerhead Shark, and the infamous Tiger Beach  off Grand Bahamas is a world-renowned dive if you’re looking to swim with Tiger Sharks. For wildlife lovers not as keen to plunge into the shark tank, why not a swim with another infamous Bahamian creature? Head over to the Exuma Cays - boasting clear waters and wispy sandy beaches – and swim with the adorable resident pigs (and piglets!) at Pig Beach.

Leave the modern world behind and step back into another time and place. Cuba is a living history museum; from the infrastructure to the cars, this Caribbean island showcases the best of the 1950s and 60s. Lined with classic cars and pastel-painted Baroque and Art Deco architecture, the Malecon in Havana feels like a time warp. It’s worth it to tie up at one of the nearby marinas to stroll the 7-kilometer promenade—and check out Old Havana, too!

Cuba’s culture and history makes a fascinating holiday in itself, but if you’re tapping into the luxury yacht rental market, don’t miss what’s in store on some of the smaller islands offshore. The Canarreos Archipelago not only encompasses the most pristine beaches in Cuba, it’s a wildlife enthusiast’s playground. Visitors to these islands can watch baby turtles being released into the sea at the Sea Turtle Rescue Center on Cayo Largo del Sur, or observe the hundreds of native iguanas who rule the appropriately named Cayo Iguana.

Breathtaking natural beauty combines with the sophistication of French food and culture, making a trip to Saint Barths an indulgence that’s difficult to top. In addition to exquisite food and high-end shopping, many visitors enjoy hours of snorkeling and diving in the number of coral reef-fringed bays around the island. The best part of a superyacht charter in Saint Barths (aside from blending in with the number of other glamorous boaters) is being able to easily access some of the more private beaches like Anse de Colombier and Anse de Grande Saline.

On par with Saint Barths in terms of natural attractiveness, Turks & Caicos differs when it comes to culture and vibe. The British Overseas Territory is less developed and chic than cosmopolitan Saint Barths, therein which lies its appeal to those travelers seeking a private getaway. It’s possible to find yourself alone on a beach on one of the territory’s 40 cays with nothing but the lush greenery on one side and the twinkling teal water on the other. While exploring all the sandy shores of this island chain could occupy days, that doesn’t mean there aren’t plenty of other things to do. Turks & Caicos has gone to great lengths to preserve its natural beauty and a visit to one of the three national parks or two nature reserves is a must.

It’s easy to forget that the Caribbean supports more than just islands. The Central American country of Belize combines the tropical atmosphere you’d expect from the Caribbean with a heavy dose of eclectic culture. The Creole, Spanish, Mayan, African and even German and British way of life possess a strong foothold in the country’s traditions and lifestyle. This diversity can be tasted in the cuisine, observed in the customs, and felt in the hearts of the ancient Mayan ruins. While traveling through the land of infinite adventures, one thing that should not be passed up is boating around Belize’s atolls. Discovering the epic underwater world of the famous Blue Hole and the Belize Barrier Reef is sure to be the high point of the trip.

Boataffair helps you discover all 5 locations by offering luxury boat charters in all 5 locations, allowing for world exploration—one exotic destination at a time. To find even more destinations and yacht experiences around the globe we invite you to browse our Boat Rental Page to find many different yachts for charter. Have fun! 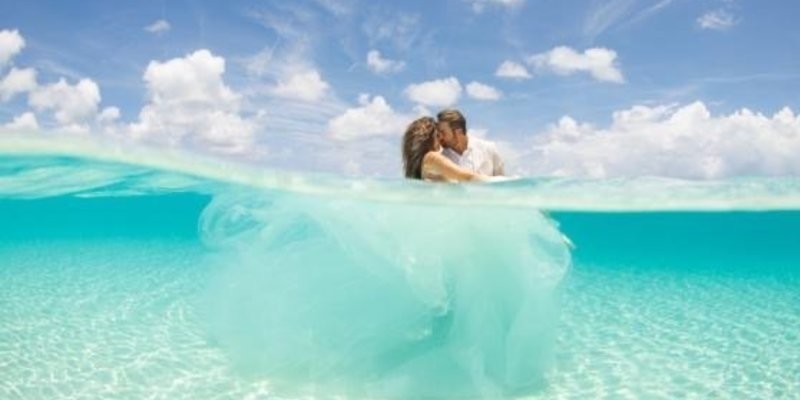