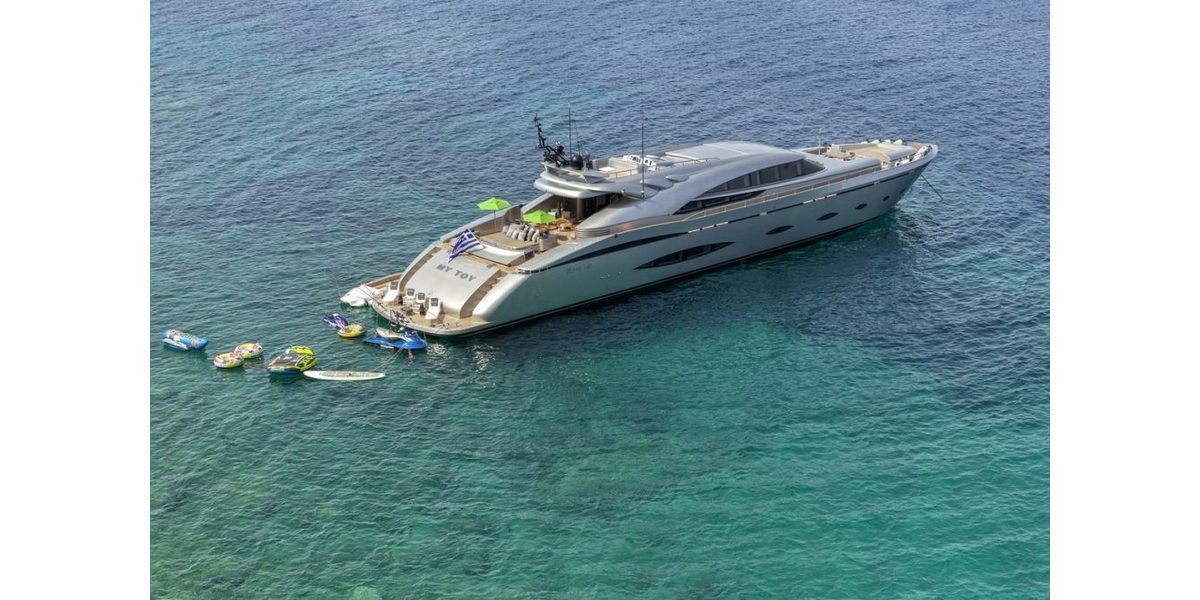 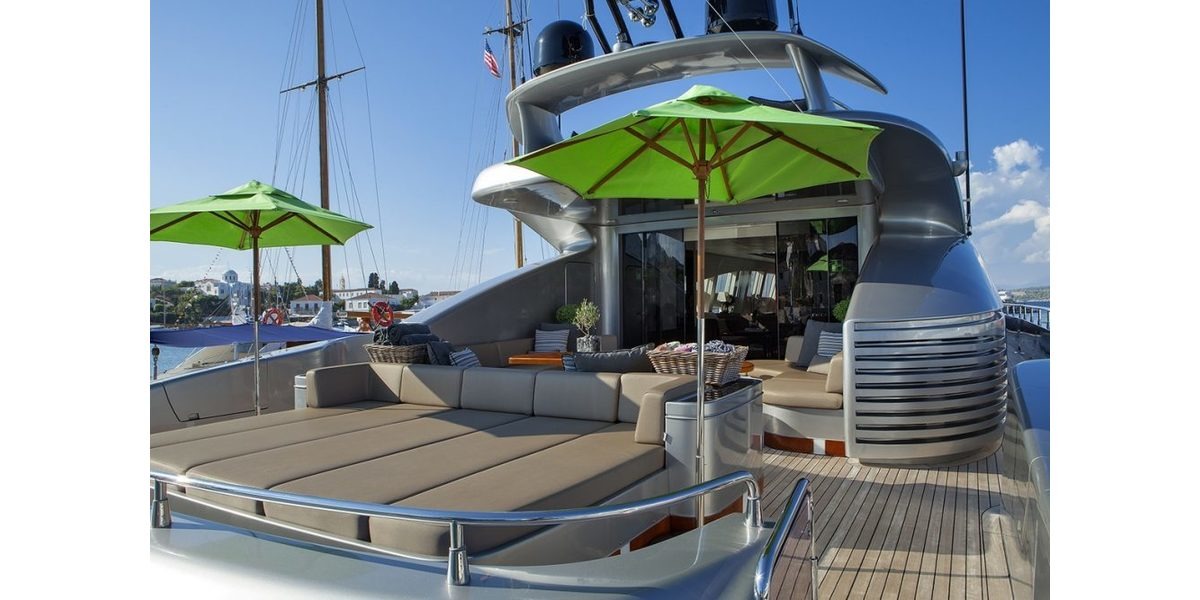 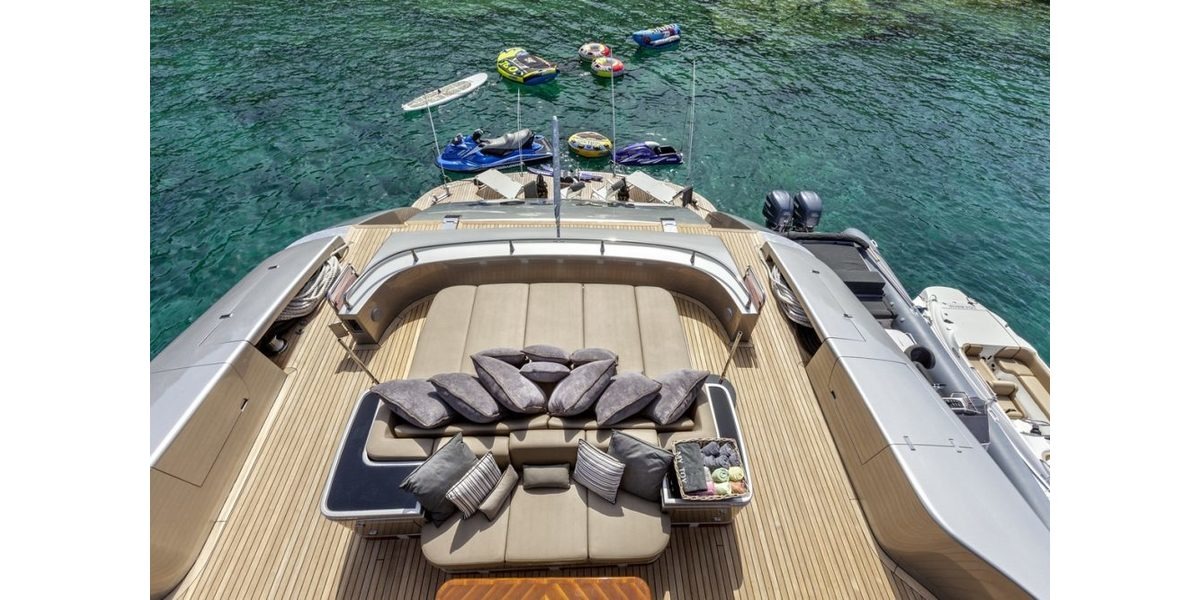 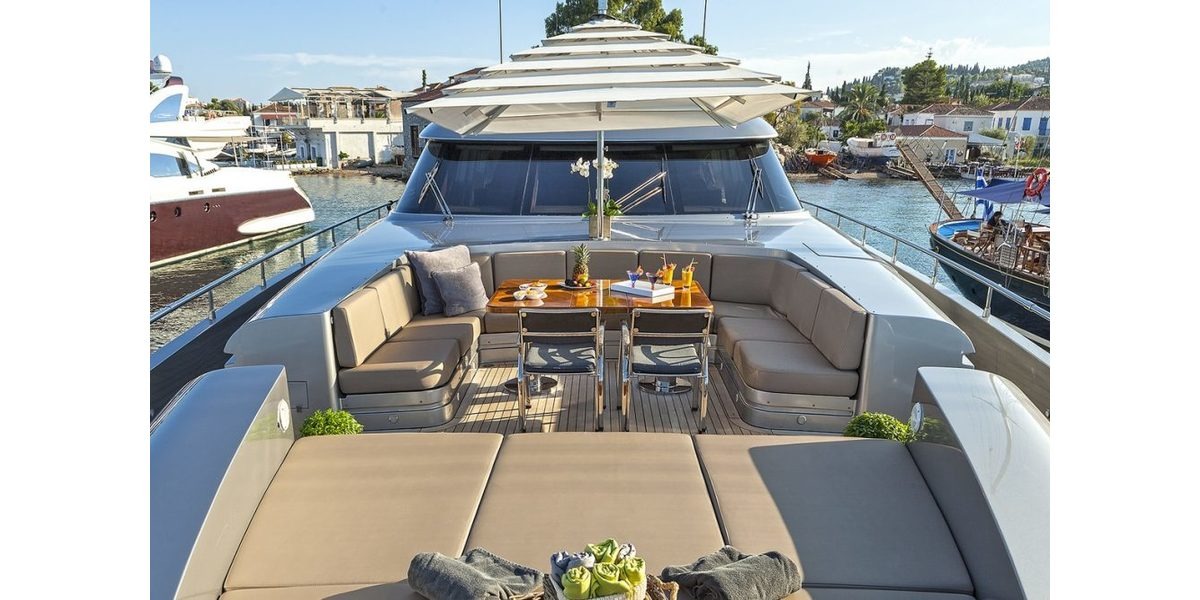 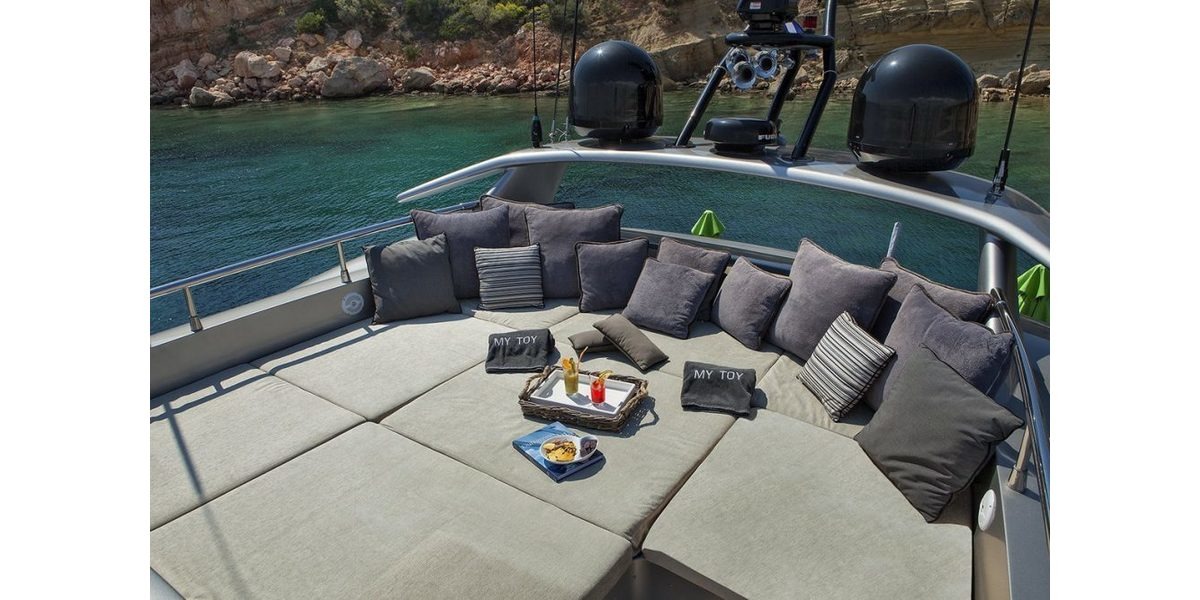 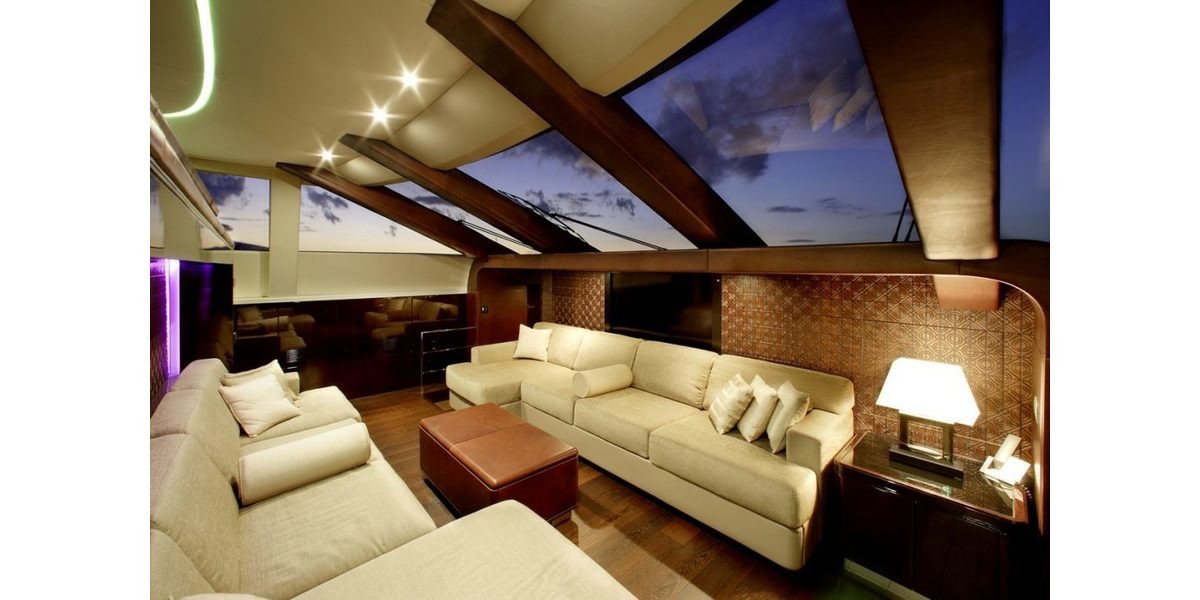 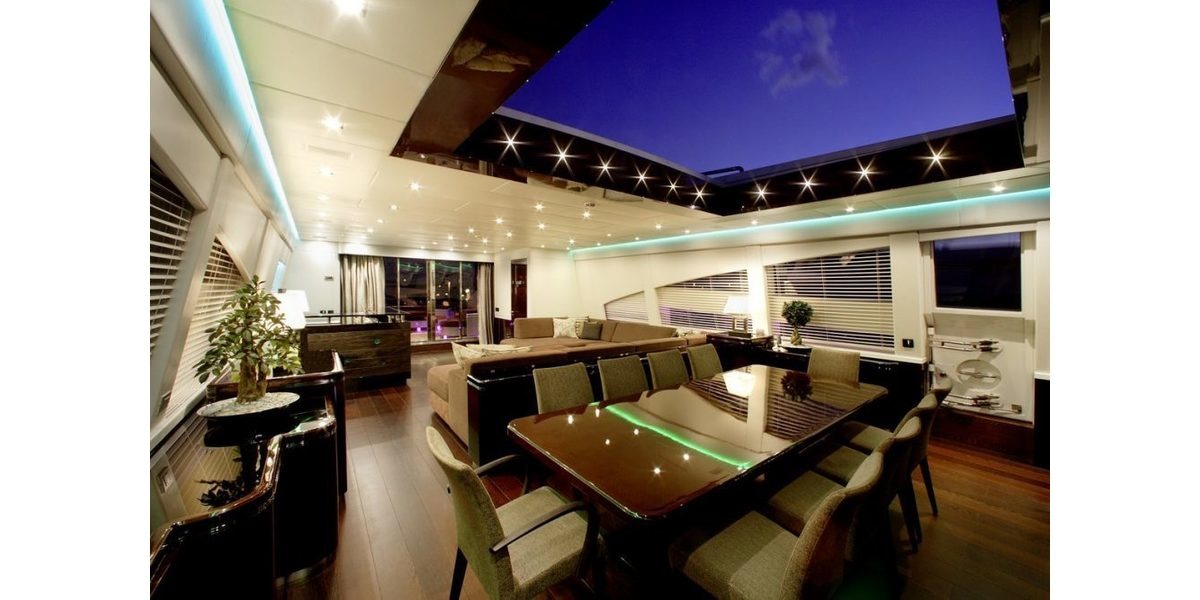 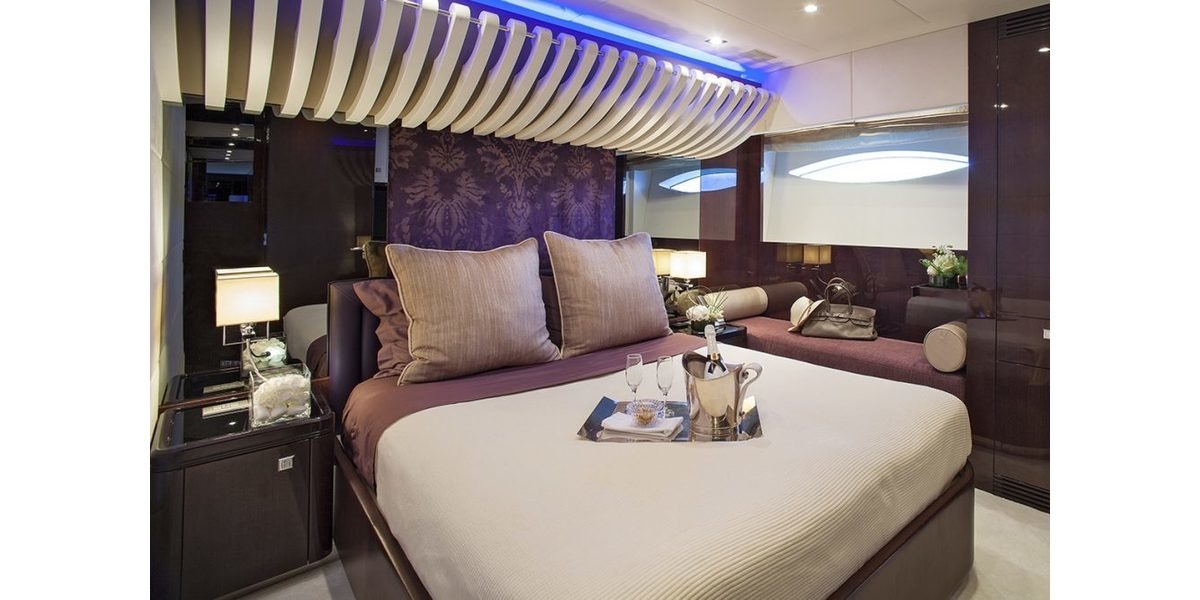 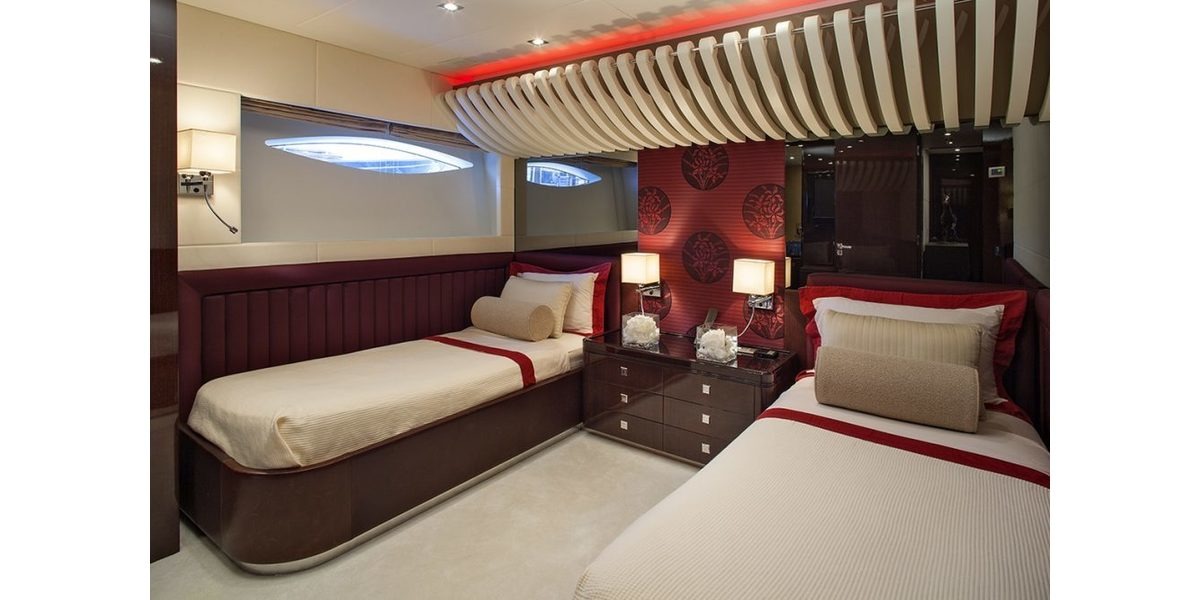 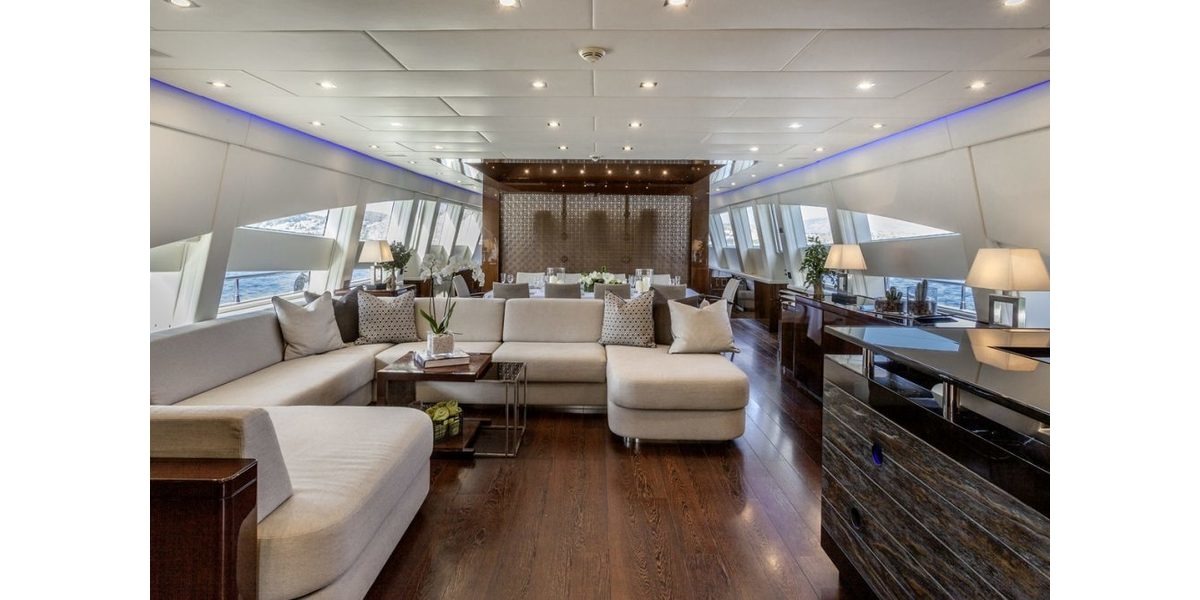 This superyacht offers the utmost luxury yacht charter in Greece. The AB140 with almost 43m in lengths was built in 2009 by AB Yachts. In 2013, she underwent an extensive refit. She features 5 modern luxury cabins, including a master suite with a king size bed and its own sauna, 2 VIP suites and 2 twin cabins. All cabins have en-suite facilities. Her impressive leisure and entertainment facilities make her the ideal charter yacht for socializing and entertaining with family and friends. The AB140 offers large lounging and seating areas on the open aft deck and the flybridge. The flybridge can retract allowing guests to enjoy a warm summer breeze at night. A highly professional and experienced crew ensures the utmost luxury experience in the Mediterranean Sea.

Captain Apostolos is a very capable and experienced Captain having worked on private and chartered large luxury yachts for 13+ years, travelling all over the world. He has been on board luxury yachts since 2006. Apostolos graduated from the Merchant Marine Academy of Aspropyrgos in 1999. He holds all the certificates for marine Officers such as: Life Saving and Fire Fighting Appliances, Ro/Ro Passenger and SSO security. He commenced his service at sea in 1996 as Cadet Officer on board merchant ships, passenger and container vessels. In 2001 he paid his duties to the Greek Navy for 2,5 years as a Commander of a minesweeper warship. He offers an enthusiasm that blends well with the positive attitude of the entire crew. The Captain takes great pride in creating tailor-made yacht charter experiences for each charter. He works closely with the chartering party to ensure that all their needs are met. Apostoli enjoys sailing, watersports, diving, fishing, studying new technology & innovations, and listening to music.

Themis is from Athens, Greece. He received his Bachelor of Engineering from the Athens Merchant Marine Academy, Department of Marine Engineering, in Athens. He worked as an Engineer on passenger ships for 4 years before moving on to the luxury yacht industry, and has huge experience with hydraulic systems, water makers, generators, engines of all types, pumps and compressors, Themis has served as Engineer for over 9 years on private and charter vessels up to 46m. In his spare time Themis is a 4th year student studying Shipbuilding Technology Applications at the Technological Educational Institute (TEI) of Athens.

Chef Thodoris was born in 1985 in Athens Greece. He studied Cooking in Le Monde academy, and then further his studies by specializing in meat cutting at the Athens School of Meat Professions. He is able to prepare many different kinds of cuisine, and his favorite are Japanese and French! He has been working as a Chef for the past 15 years. At the same time, Thodoris participates in professional seminars of International Cuisine. His love and passion for gastronomy allows him to create tastes that guests will savor a lifetime! In his free time, Thodoris also likes free diving and fishing.

Inna was born in Odessa Ukraine in 1989. She has attended Professional Silver service courses and holds all the necessary certificates of Life Saving – Fire Fighting Appliances. She is an experienced professional Chief Stewardess with over 9 years of experience aboard motor yachts! Inna is an energetic, hard working person with excellent communication skills and will make sure that all guests are happy and comfortable on board. She enjoys travelling, dancing, photography and design.

Elena was born in 1994 in Ukraine, and holds a Certificate of Life Saving – Fire Fighting appliances. Elena initiated her career in the yachting industry in 2017, and is a great asset to the crew, since she’s a hard worker and holds a positive team spirit! During her free time she enjoys going to the gym, cooking,swimming, dancing and reading books.

Mike was born in 1990 in Greece and has 2 children. He graduated from TEE Civil Engineering Construction using PC, and holds Certificates for Life Saving & Fire Fighting Appliances and RoRo passengers ships. He also holds Skipper’s and Free Diving diplomas. Mike has worked on sailing yachts since a very young age, being responsible for the maintenance of and further worked as a sailor on board motor yachts. Mike has participated at the championship of Greek National Laser Radial and won the 1st prize twice! In his free time, he enjoys sailing, water sports, driving fast cars and swimming.

Christos was born in 1993 in Athens. His love for the sea started from his youth and keeps growing daily! He holds all the required certificates regarding commercial yachting powerboat and water toys. His enthusiasm and communication skills help him to develop strong relationships with people around him and he is a joyful character! During his free time, he likes to play football and travel.

Violetta was born in 1996 in Athens Greece. Raised by the sea, she has always been around boats, and started cruising the Aegean islands from a very young age! Her love for the sea led Violetta to join the yachting industry where she has been working in the position of hostess for the last 7 years. She has been a sea scout for nearly 10 years, which has been an important factor of her team spirit, participating in classic yacht sailing races. Violetta also works with children through music, crafts and scouting (camping, water activities etc.). She studies Art History and Theory in Athens School of Fine Arts and also plays music, sings and likes to travel.