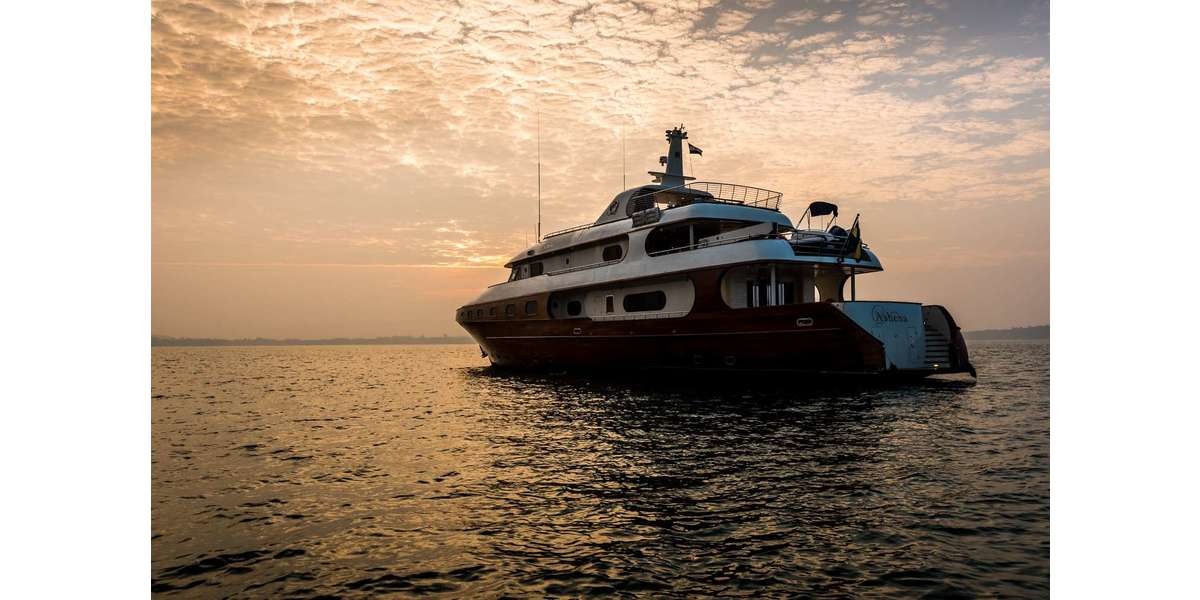 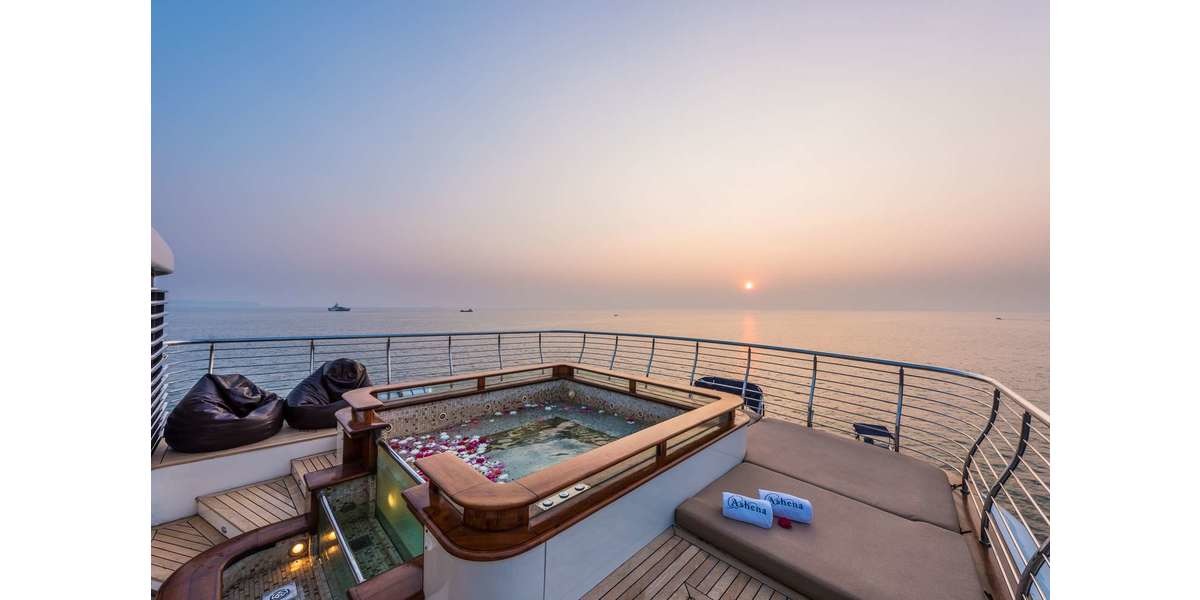 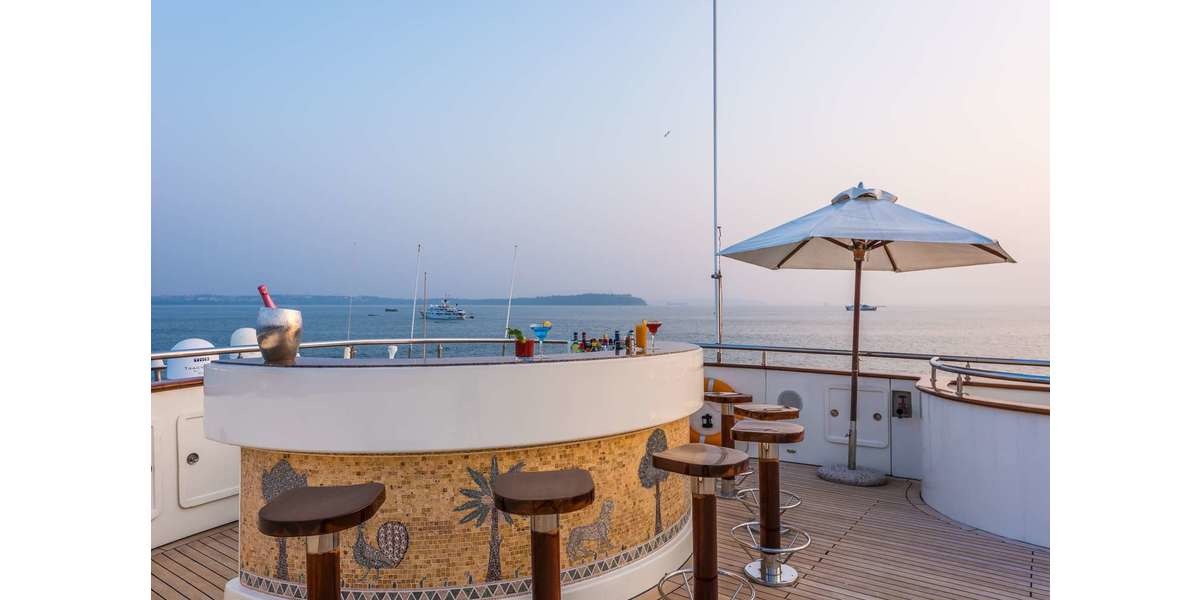 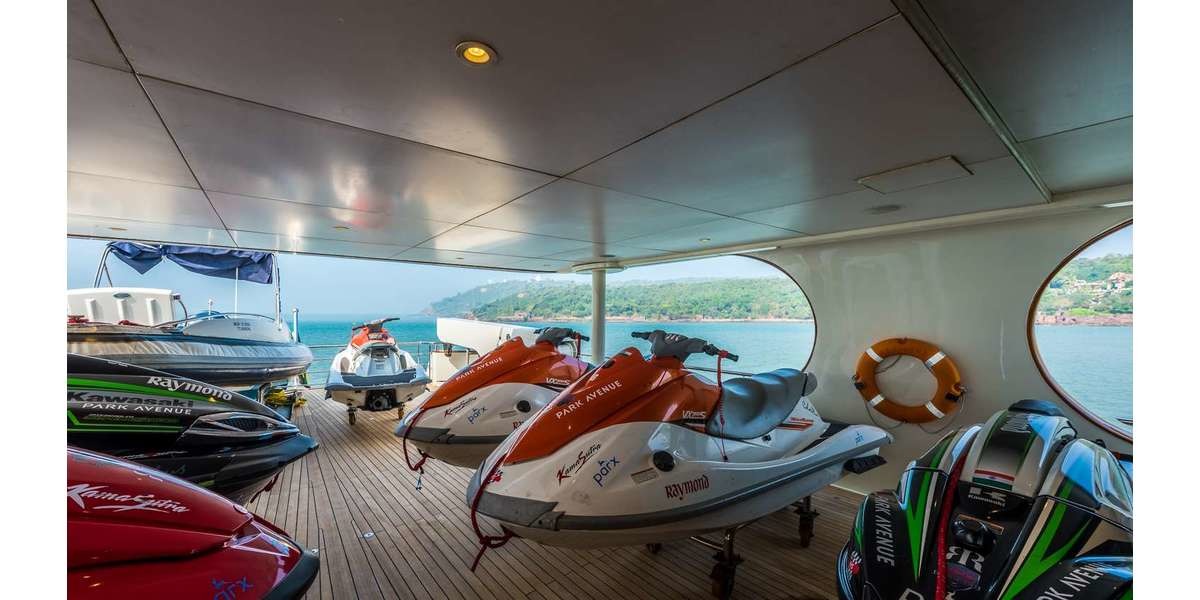 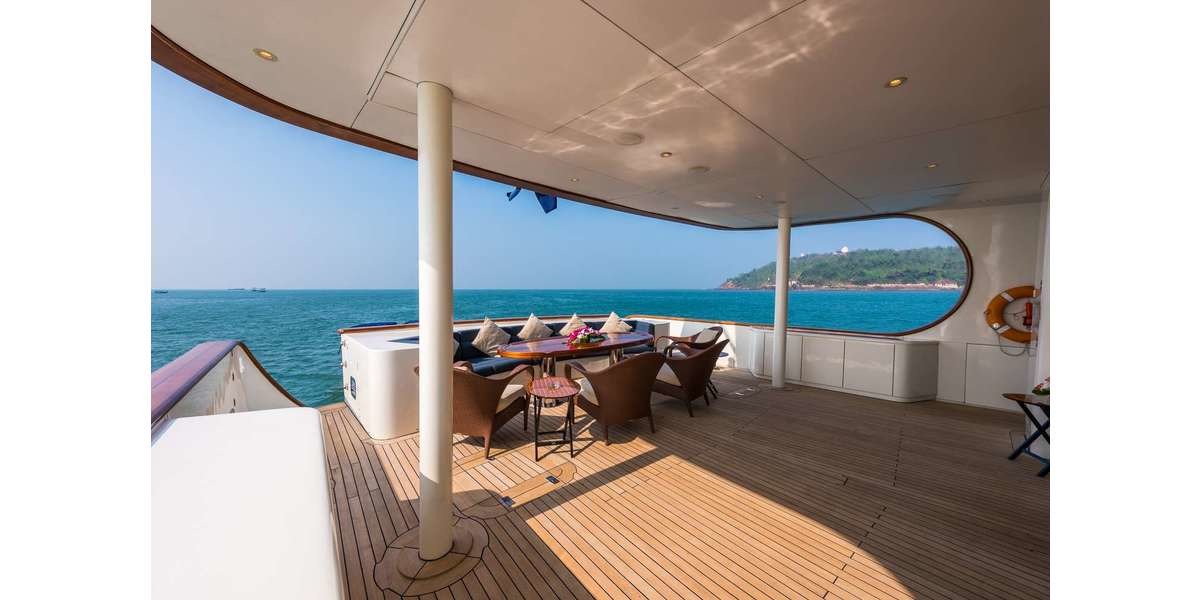 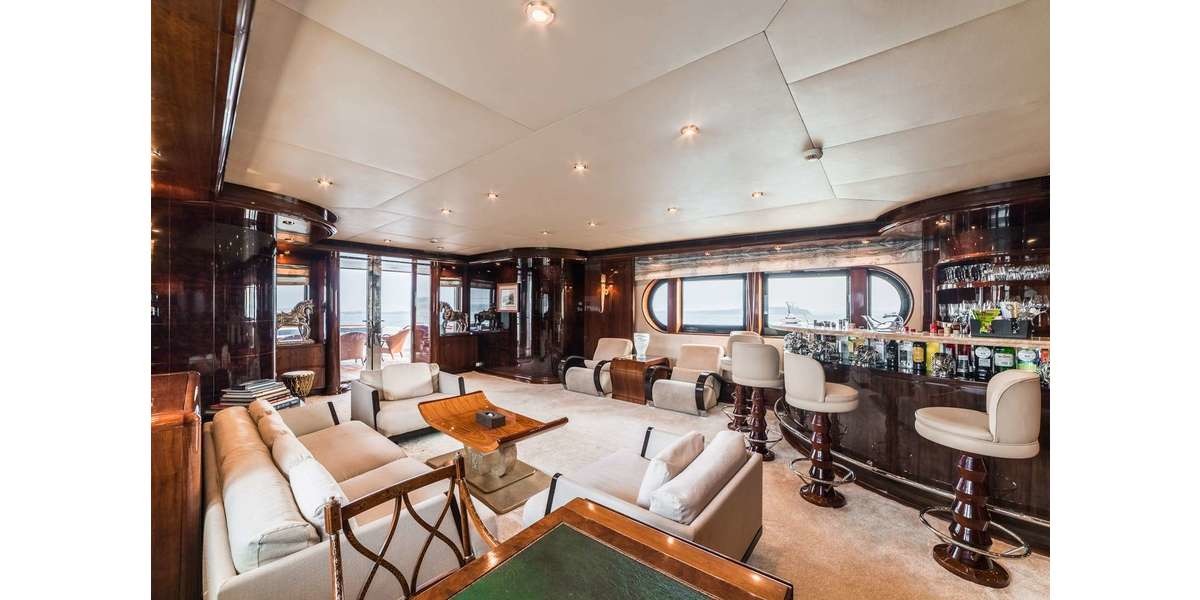 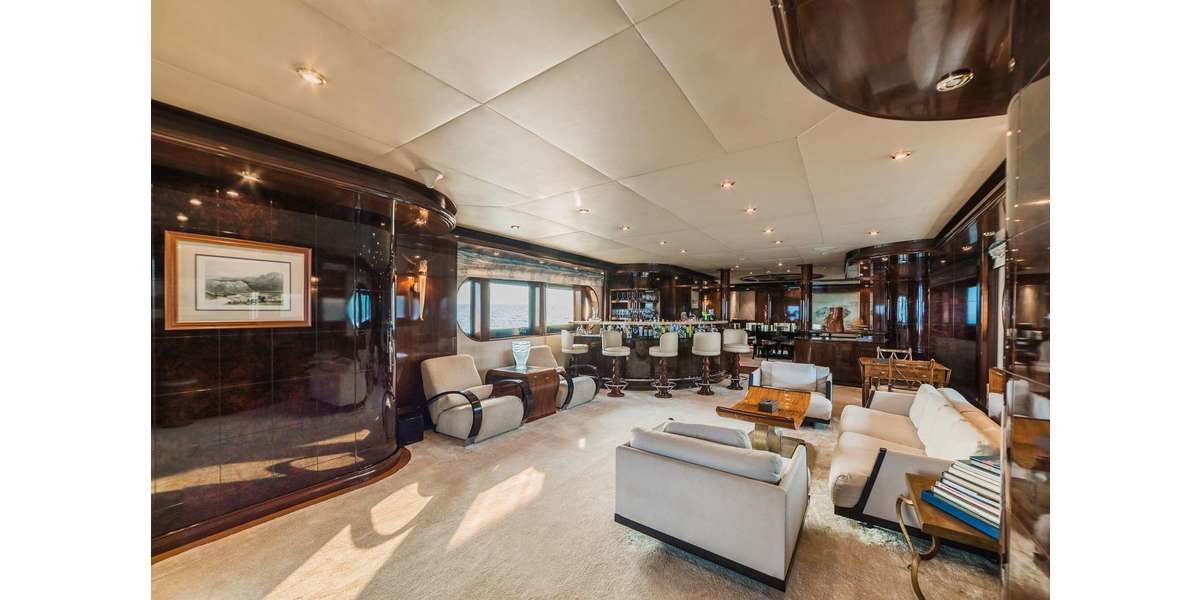 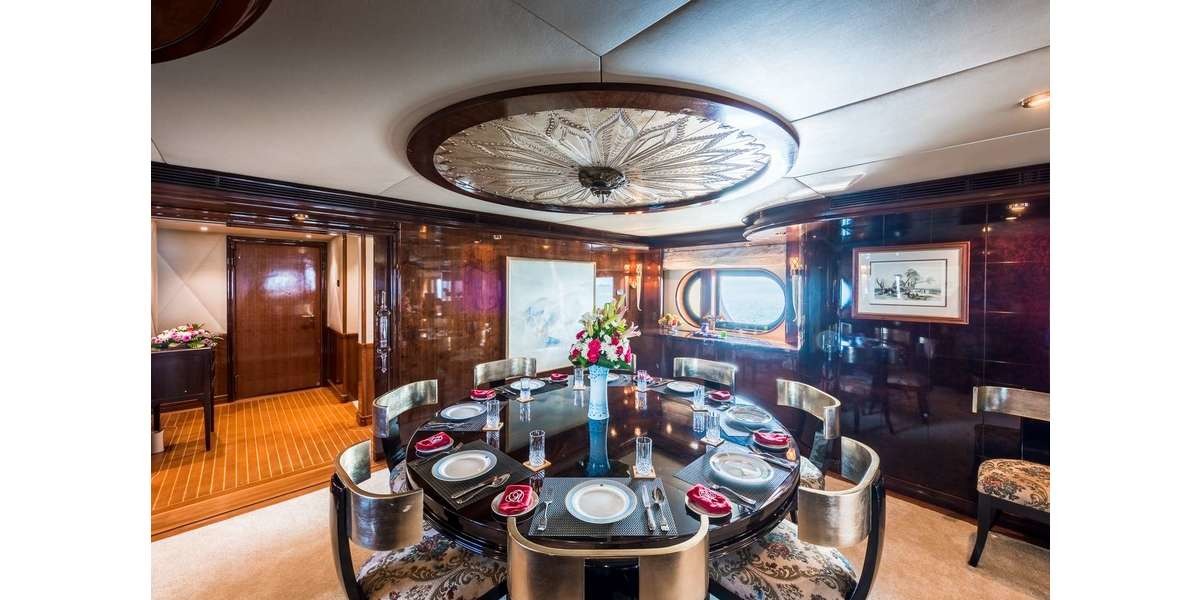 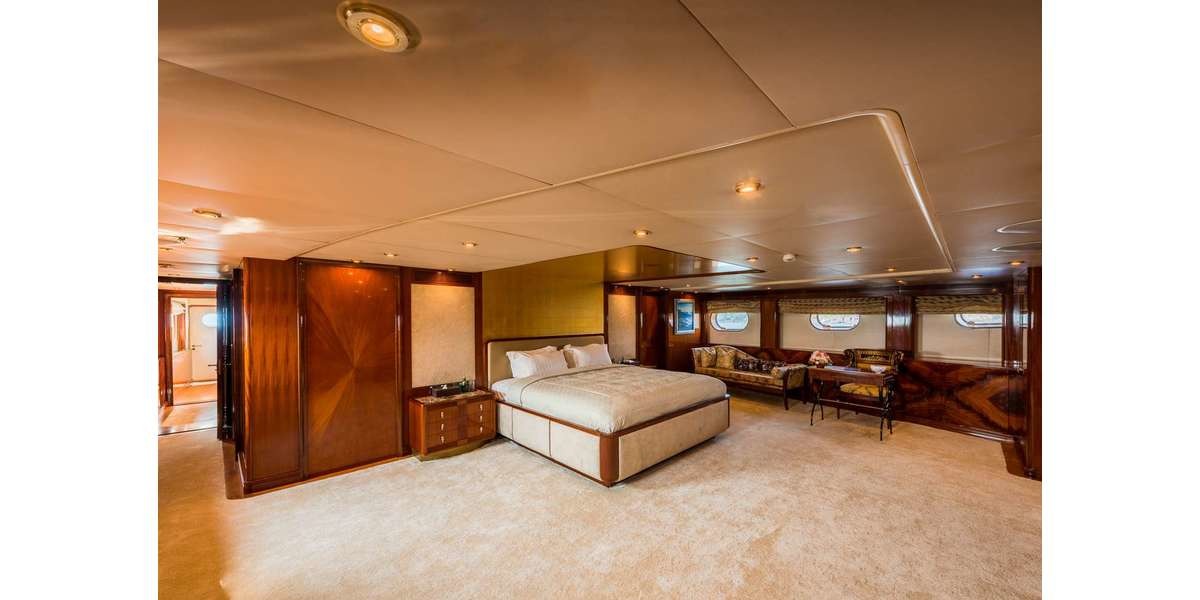 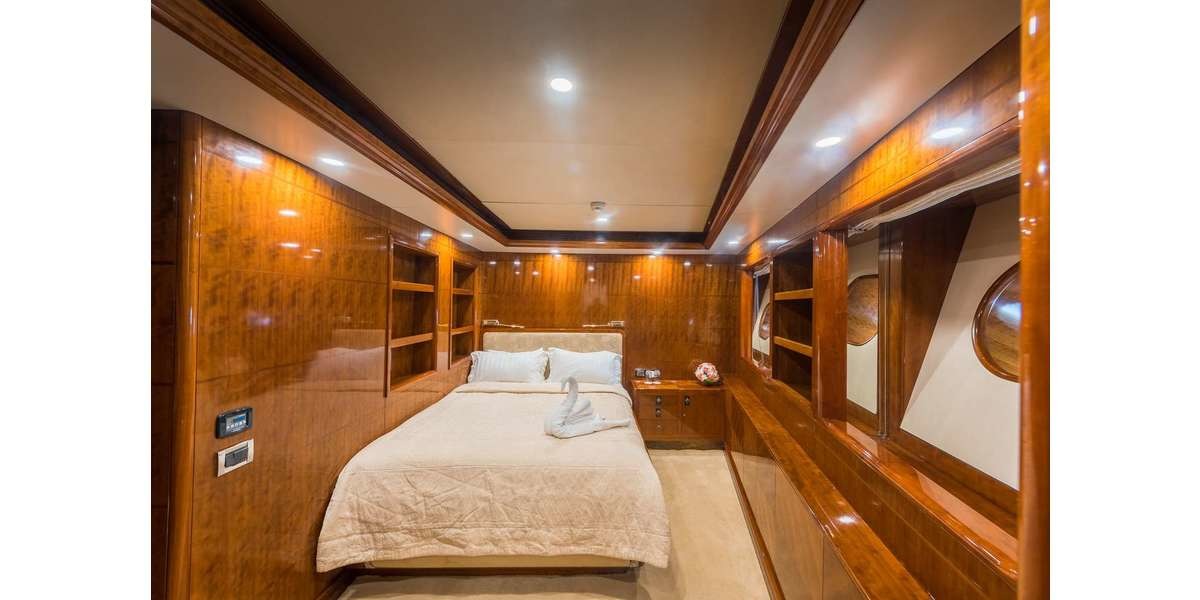 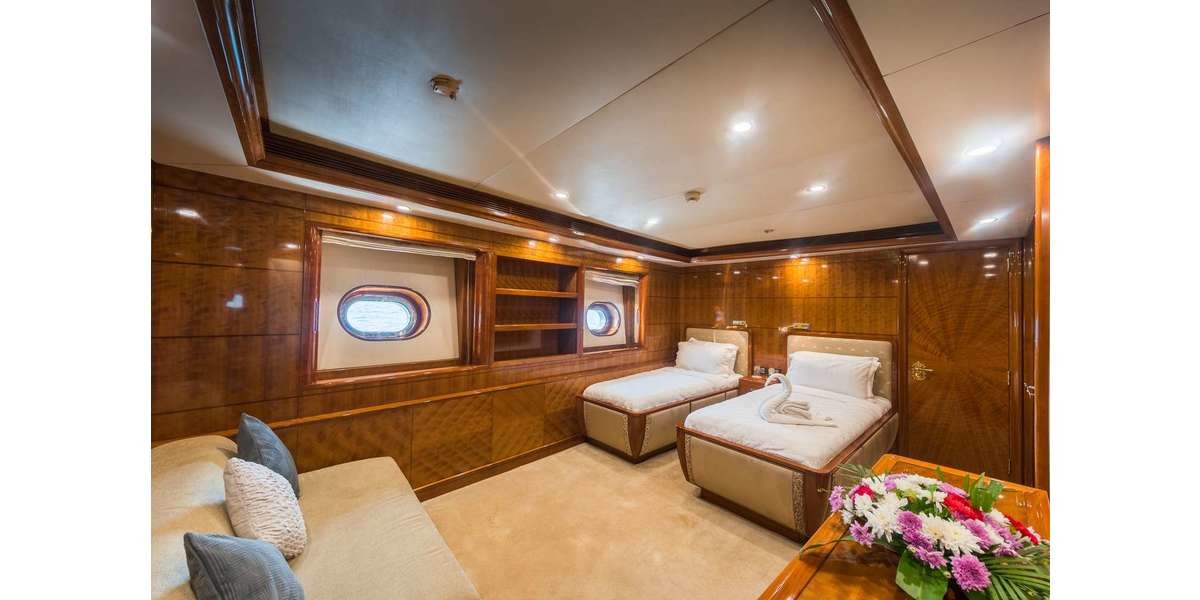 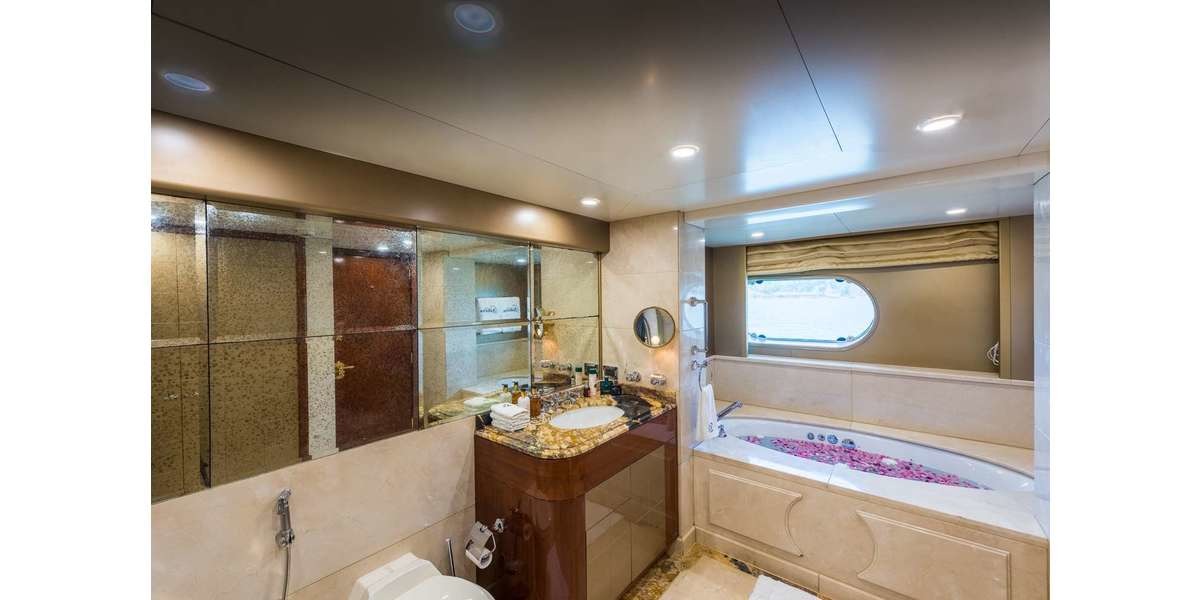 This is a luxurious classic motor yacht custom built in Bilimoria, India in 2006 and refitted in 2021. She is the perfect example of East meets West – The grandeur and opulence of the East is very carefully intertwined with the modern amenities of the West. She can comfortably accommodate up to 12 guests in her 6 cabins. This motor yacht features an owner stateroom with a double king size bed with en-suite and a jacuzzi, two VIP cabins with queens size beds, two twin cabins. An owner's day lounge on the bridge deck can be converted into a queen bed and extra cabin. The expansive sundeck offers a jacuzzi, bar and plenty of space for relaxing and sunbathing. She also boasts a wide range of water toys, including 7 jet skis, to maximise fun and adventure on board. The outstanding crew on board make you feel at home from your first step on board, delivering an exceptional level of service to the guests.

Exemplary Naval Officer, with over two decades of a proven track record of providing outstanding leadership within various divisions of the Indian Navy. Mahesh transited from being a pilot (Naval Aviator) to professionally competing in Olympic classes of sailboats for which he has won many National and International awards. He is amongst India’s most experienced and successful Yachtsmen. Over the years he has honed his ability to set combined goals, build and motivate highly successful teams, and plan and execute strategy by following a disciplined and analytical approach. Instrumental in conceptualising, set up after building from scratch, and Heading/Managing the largest Waterman ship Training Centre in India at the Indian Naval Academy. As the Captain since 2013, he is a balanced blend of fun and professionalism and extremely welcoming, friendly and sporty in his outlook to life.

Mohsin who belongs to coastal Maharashtra in the west coast of India has spent most of his time associated with the water. He has sailed from a very young age and has immense experience in seagoing vessels working as part of engineering/electrical and deck teams. He is a certified Padi Open Water Diver and an avid water sports enthusiast and instructor (Jet ski, Water ski, Surf board, Jet- pack and Snorkelling). He has been on this yacht in various capacities since 2006. Feel free to ask him any questions or share your own experiences as he is easy-going and friendly and would love to make your stay on board the experience of a lifetime.

Shahajhan, like his brother who is the present Chief Officer, comes from a lineage with extremely close ties to the sea. From a young age he has worked at engine rooms of many ‘Men of War’ and superyachts around the world before settling down on Ashena where he has been since the build and commissioning in 2006. He is in addition an avid water sports enthusiast and instructor.

Working in partnership with the Chief Engineer Mansoor is a cheerful and capable engineer with huge experience. He has been on board this yacht since 2013. He gained valuable engineering & electrical experience on a range of vessels. Looks after all electrical systems including internet, TV, music systems, WiFi, iPhone connections as well as automation systems for engines, generators, & safety systems on board.

Manish has been cooking since he was 18 years old and has natural passion and flair for it. His career started in Mumbai, India gracing the kitchens of many Hotels and restaurants of repute. He has been classically trained in Indian, Italian and continental cuisines and over the years has also perfected Pan Asian menus and added them to his wide repertoire. His travel bug prompted him to seize the opportunity of working on a private yacht. Manish’s genuine joy at dishing out food that teases the taste buds and is appreciated is his signature.

Tapas Mitra has been cooking since he was 18 years old and has natural passion and flair for it. He has previously worked in high end hotels in Pune, Bangalore and Delhi. He was classically trained in Indian and Chinese cooking. He particularly enjoys seeing culinary differences and incorporating them into new dishes. He is now an understudy to Chef Manish on board and learning fine dining various other cousins from him. He has been working on board this yacht since 2014.

Neikhrielienuo started her career 7 years ago when she began working as a Stewardess on board a mega Yacht. She is passionate about travelling, seeing the world and meeting people from different backgrounds. She loves hosting and entertaining and with her organisational skills and work ethic is a perfect fit as the Chief Stewardess. Neikhrielienuo joined the team in 2016. Neikhrielooks forward to meeting you, making you extremely comfortable on board and providing a fun filled, memorable and relaxing vacation that you won’t forget.

Avino has been working on this yacht for 7 years now. She is hardworking and enthusiastic in whatever she does. Her warm and friendly nature will help ensure your stay on board is comfortable and enjoyable.

Ritshou has worked for many years in the hospitality industry and is attentive to guests at all times. Her friendly demeanour and attention to detail makes her great at her job. This is her second season on this yacht.

Shilula has been worked many years in the hospitality industry and attentive to guest all times. Her friendly nature and attention to detail makes her better at her job. She enjoys music and dancing and is our in-house DJ. She has been on board for the past 6 months.

Prafulla is an extremely motivated hard worker who knows the ins and outs of the yacht through his immense work experience on board. He is a certified Padi Open Water Diver. He has strong communication and social skills, is very proactive by nature and has a great passion for yachting and love for the ocean. He is very easy going and can deal with situations at hand while working long hours as well as being extremely friendly and approachable. Prafulla has been on this yacht since 2008.

An experienced Deckhand, having worked on a number of yachts of up to 30 metres, Muzmil works closely with the other members of the crew in preparing the Yacht to look & perform at its best at all times. He also takes an active role in launching & retrieving tenders, jet skis. A qualified sailing person Muzmil helping others & that skill is much appreciated by our guests who find him to be a very amiable, easy going & attentive member of the crew. He is a trained operator on Jet skis, Jet packs and Fly boards. His favourite hobby is fishing. He has been working on board since 2011.

Manoj has enjoyed a close affinity with the sea from an early age. He is an energetic, fun member of the team and always has everyone around him smiling. Manoj works closely with the other members of the crew in preparing the Yacht to look & perform at its best at all times. He also takes an active role in launching & retrieving tenders, jet skis and all deck operations. He has been working on board since 2011.