Cruise along the Croatian Riviera starting in Dubrovnik

From Dubrovnik to Maslinica, the Croatian Riviera is full of surprises

MASLINICA
Maslinica is the only village of the island of Šolta that is situated in a bay on the western coast of the island. It is located at 43°39’ north latitude and 16°20′ east longitude. It has wonderful nature scenery, as the picturesque bay and pine forests on the southern side and in the immediate vicinity a deep, well-protected Šešula bay and archipelago of seven islands.

BOL ON BRAČ ISLAND
BOL is a very exceptional place in many ways. Bol is the first and the oldest island town on the coast. Its location is not as that of all other seaside towns on the amphitheatric slopes of sheltered bays; Bol is secluded on the southern open coast, with shores like pearl beads in a necklace. Above Bol there is the sheer mountain ridge of Bolska kruna (The Crown of Bol) with the Illyrian fortress Kostilo and Vidova gora (Vidova Mountain), the highest peak of the Adriatic islands. The name Bol was derived from the Latin vallum, meaning “burial”, “earthen rampart”, “earthy settlement”. Latin word vallum has the same meaning as old Croatian meaning of the world coast (=”trench”, “rampart”). The name most probably originated from a combination of the Roman appellative vallum and Slavic word for coast. As a locality, Bol was mentioned for the first time in 1184 in Povaljska listina made in the so-called Diocese (Dominican monastery). As a settlement, Bol was first mentioned on 10 October 1475 in the deed of gift by which Duke Zacharia donated the peninsula Glavica to the Dominicans.

Bol developed into a tourist centre of the island and became one of the leading tourist destinations in Dalmatia. Bol and company “Zlatni rat” received numerous recognitions and awards for their invested efforts and accomplishments in development of tourist and service quality. Due to the fact that there was a war in these areas in the 90s, there was a temporary stagnation in the tourist development of Bol.

Today Bol is once again the inevitable tourist Mecca of Dalmatia and of Croatian Adriatic.

KORČULA
The island of Marco Polo, enchanting heritage, unspoiled nature, exceptional beaches, known as one of the best destinations in Europe to enjoy food and wine. Countless beautiful beaches and bays, luxurious hotels and holiday homes, centuries-old olive groves and vineyards, ancient villas and ancient island town that seem to have remained lost in a long past times mothers on the island tourists from all over the world.

We invite you to meet and explore the island of Korčula. We are sure that, once you visit this place, you will come back again.

POMENA ON MLJET ISLAND
The island of Mljet, the most beautiful and most forested island in the Adriatic and one of the most beautiful pearls of the Mediterranean. Untouched nature, the island’s mysticism, olive groves, vineyards and rich forests are ideal places to research the rich flora and fauna, and to peacefully enjoy the pristine beauty of the natural surroundings.

It was already mentioned in the fourth century BC in Greek writing, and the numerous Greek amphora and shipwrecks along the coast of Mljet are evidence that Greek sailors stayed on the shores of Mljet during their journeys.

Mljet National Park makes up most of the island, and there are several villages, two salt water lakes – The Big Lake (Veliko jezero) and The Small Lake(Malo jezero), and a Benedictine monastery on the island of St. Mary (Sv. Marija). In Polače there are some of the best natural anchorages in the Adriatic.

Preserved from the Illyrian period, there are many fortifications and tombs, and the best preserved are those on the hill of Veliki Gradac, Veliko jezero and the fortress at Vodice, above the water source at Vodice at Babino Polje. The Roman Palace, which is the largest after Diocletian’s Palace in Split and the Arena in Pula, is a part of the valuable heritage of the island of Mljet.

DUBROVNIK
Dubrovnik is an open-hearted city, simple and friendly when greeting any well-meaning visitor from any part of the globe. It is an ancient city with narrow streets and high walls, but with an open horizon – like the horizons of the open sea – the sea that offered open roads to the whole world in the long history of the city. There are more than 250 km of Dubrovnik riviera (coast), full of contrasting beauty and the flourishing vegetation of the South Adriatic. Life blossoms up out of the rock itself, luxuriantly swells and flourishes, enchanting by the beauty of the view and the intensity of its fragrance. In the hot summer days the concentrated scents of the sea mix with the aetheric fragrance of the fir trees, cypresses, laurel trees, juniper trees, myrtles, and other various aromatic herbs and flowers, sometimes cause dizziness by their intensity. There is a long line of beautiful places along the Dubrovnik riviera, competing in beauty.

The romantic Lokrum that seems to keep guard in front of the old harbour, the hermit like isle of St. Andrew (Sv. Andrija) seems to guard the open sea. The Elaphite islands compete in beauty among themselves, yet each of them is beautiful in its own way. There is also the charming island Mljet (the ”Odysseus Island”) with the abundance of myths and legends and lush and remarkable island of Korčula.  Then, there is the town of Ston, important for the Republic with its salt-works, surrounded by its famous walls. Nearby is the Pelješac peninsula, a famous wine-growing region, with numerous contrasting beauties, from rocky mountains to tame fields, bays and beaches.

6 Days
Visit Croatia on a luxury yacht
Available with 4 yachts
What's included
Skipper
Interested to know more or to book?
Send us a message 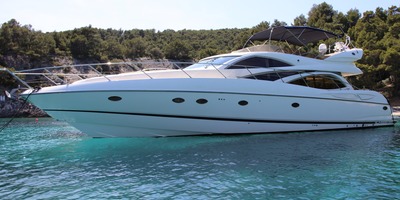 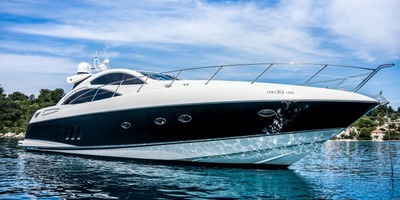