Croatia has eight national parks and 11 nature parks. Some of these parks are only accessible by sea, so there is no better way than sailing for  exploring the beauties of this farytale destinations.

Mljet is  the greenest of all the Central Dalmatian Islands and is described as one of the most 'enchanting' in the entire Adriatic. It 's also favourite amongst crews who are looking for a quiet anchorage. The island  offers abundance of  beautiful,   quiet  and sheltered anchorages along its northern coast. The northwest part of the island is National park, but you can anchor in Polače or Pomena. There are fewer berths in Pomena, but it is  closer to the park  so we recoomed you to make shore to be there  early during peak season. Anchoring in Polace and Pomena is charged 100KN per person and this includes also the ticket to the National park. Within the national park there are two inland salt lakes - Veliko and Malo Jezero. If you sail from Dubrovnik the most beautiful and closest choice is Saplunara sandy beach that is located on the SE side of the island. It is also great hideout for an overnight in a storm from the southern and south-western winds. 20 min walk from Saplunara is natural phenomenon - Blaca bay ( the locals call it Limuni).  It is very secluded and often deserted stretch of coast, ideal for enjoying the solitude and nature. Also very good for snookering as well as open water swimming. Due to its position, the beach is sunny all day along until the sunset.

The Kornati National Park is often mentioned as "nautical paradise"  which is really true as it consists of  140 islands and islets geographically  divided into two main groups: Gornji Kornati (Upper Kornati) and Donji Kornati (Lower Kornati). Gornji Kornati are closer to the mainland and consist of Žut Island, Sit Island and the surrounding islets, whereas Donji Kornati (Lower Kornati) mostly face the open sea and consist of the island of Kornat, Piškera and many more islands and islets.  The Kornati Archipelago is situated around 7 nautical miles from Murter island, where the office of the national park is located,and around 15 nm from Šibenik and Zadar.  Sailing is allowed all around the Kornati National Park except in the zones of strict protection, which are areas around Purara islet, Klint and Volić reefs (1), Mrtenjak islet (2), Kolobučar islet (3) and Small Obručan and Great Obručan islets (4). No visitors are allowed at these four zones of strict protections. Make shore to be  very careful when sailing close to the islands as there are many reefs and shoals. Mooring in the National park is only allowed in the designated bays : Stiniva, Statival, Lupeška, Tomasovac – Suha punta, Šipnate, Lučica, Kravljačica, Strižnja, Vruje, Gujak, Opat, Smokica, Ravni Žakan, Lavsa, Piškera – Vela Panitula, Anica on Levrnaka, Podbižanj, and Koromašna. You can also moor at one of the two marinas located nearby –ACI marina Piškera or ACI Marina Žut.  The Kornati islands are inhabited, but very sparsely populated.  Besides of sailing, the Kornati islands are also great for hikers, just make shore you  protect yourself from the sun as it can get very strong in the summertime and there is barely any shade on the island. There are no restrictions on walking ashore but bear in mind that most of the land is private property.  Also, note that camping is strictly forbidden outside the authorised camps of Ravno, Žakan and Levrnaka.  Recreation fishing is allowed in all areas, except in strictly protected areas, but with fishing licence which you can get on receptions of the park. Individual scuba diving (outside the organised and approved groups) is strictly prohibited.  We advice you to plan ahead and purchase your park entry tickets before entering the park as it's less expensive.

Krka National Park includes about two-thirds of the total course of Krka River and is made up of porous rocks that made it easy for the river to carve numerous caverns and lakes. When setting of to visit Krka National park we recommend to tie your boat in ACI Marina Skradin  which is the closest to two main attractions of river Krka: Skradinski buk and Roški waterfall. From Skradin you can take a National Park boat further inland to view the spectacular falls. Be shore to visit  the ruins of the first Croatian hydroelectric plant at Skradinski buk that  became operatinal on Aug 28th 1895 and monastery founded by Franciscan monks in 1445 at the island of Visovac . If you’re looking for a decent hike when visiting Krka National Park, there’s an 8 km trail that starts at Stinice, near Visovac, that leads to Roški slap.  If you would like to swim in Krka National Park, make Skradinski buk your first stop as it is the only areawhere swimming is alowed.  Additionally, it has some of the best waterfalls, so it’s a must visit even if you don’t plan on jumping in.  From a culinary point of view it’s a positive sin to pass by Skradin without dropping in for the famous risotto.  Be aware though that  you have to plan for this risotto in advance.  The pleasure in it is proportional to the effort that the cooks of Skradin put into its preparation. The secret to it is time.   Lots of time. The tradition dictates that only male members of the family can prepare it, and the whole process takes four days, 12 hours of which are spent over a fire, cooking and stirring.

8 1 Days
Amazing National Parks - Some only accessible by sea
Available with 20 yachts
Interested to know more or to book?
Send us a message 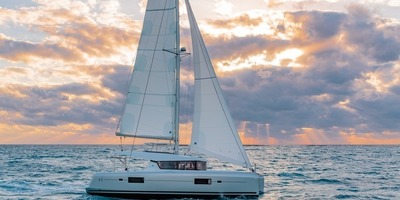 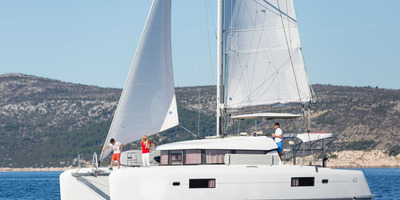 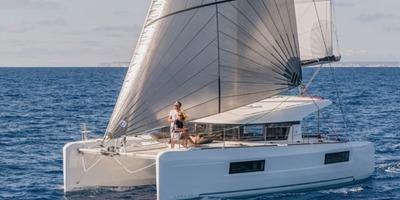 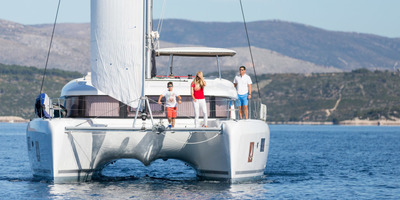 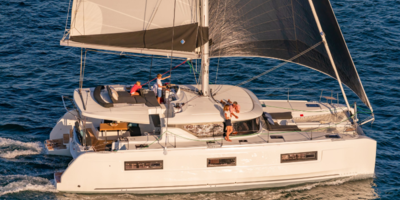 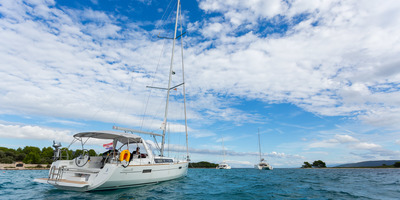 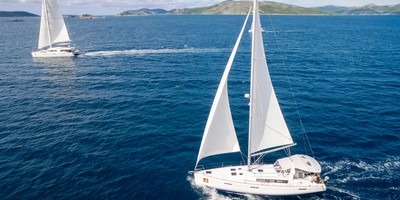 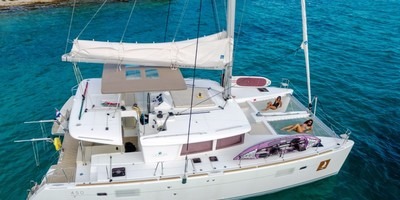 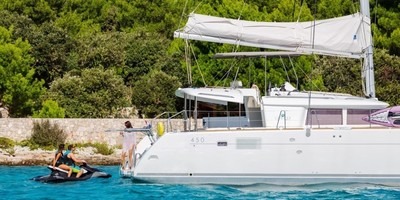 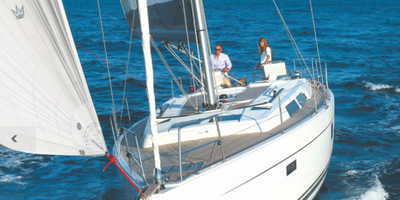 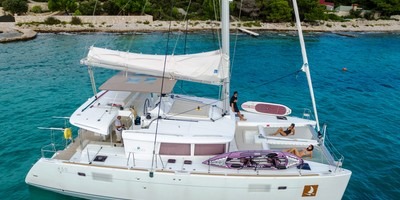 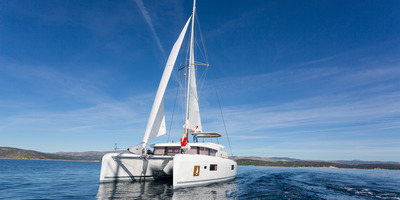 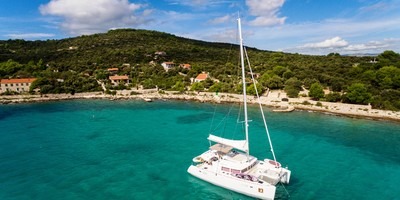 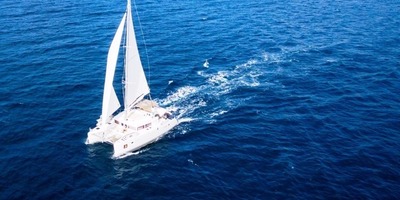 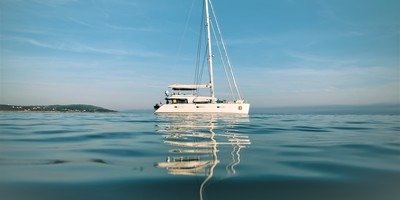