Have yourself a very special 4 day river cruise along the Thames aboard our Princess V48.

From the hustle and bustle of City life, the river winds round towards Richmond where the willow trees line the banks with Kew Botanical Gardens on the left before reaching the lock. You can step back in time, when you explore the amazing Stuart mansion, Ham House, which has survived virtually unchanged for almost four centuries with its sumptuous interiors full of priceless, rare treasures.

The locks at Teddington mark the transition between the freshwater Thames of the pleasure boat and the commercial waterway of the tidal Thames. From here the cruise is gentle and very peaceful.

Just beyond Molseley lock are the golden gates of Hampton Court Palace, a royal palace once the home on Henry VII, with its grand house, formal gardens and famous maze.

Passing through the locks at Sunbury, Shepperton & Chertsey, you reach Penton Hook, Britain’s largest inland marina. For the thrill seekers, Thorpe Park is just a few minutes walk. Continuing upstream through Bell Weir & Old Windsor locks, past the charming village of Datchet, Eton school boathouses and Windsor Great Park to arrive at Windsor. Windsor offers many attractions, its Georgian & Victoria buildings, numerous boutiques and restaurants as well as the world famous Windsor Castle. The popular family attraction of Lego land is also nearby.

Here the river boasts some stunning waterside houses. Beyond Romney & Boveney, you reach Bray, a pretty 17th century village with offers the choice of two world famous restaurants. Anchoring outside the Waterside Inn, we can take you ashore where you will be greeted by the Butler on the private jetty. Enjoy a world-class culinary experience prepared by Alain Roux jnr, with impeccable service and luxurious surroundings. Or alternatively, you can sample the tasting menu at The Fat Duck, the home of Heston Blumenthal, who has been described as a culinary alchemist for his innovative style of cuisine.

Boulters Lock is one of the busiest locks on the river. The area became highly popular in the late Victorian and Edwardian period when colourful punting parties were fashionable. Set high on cliffs above Cookham Lock is the spectacular estate of Cliveden House with its 376 acres of magnificent formal gardens and parkland. The most imposing feature is the voluptuous Fountain of Love at the end of the drive.

This reach is an area of outstanding natural beauty and the home of the Royal Swan keeper. The wildlife is abundant with swans, geese, and ducks but also the turquoise kingfisher can be seen here.

Through Marlow & Temple Locks to a peaceful setting at Hurley. A short walk to the Old Bell Inn, a modern coaching inn with parts dating back to 1135, with a huge wild flower garden. Eating and drinking are central to the Inn, providing locally sourced food, served simply with cask ales, bottled beers & stouts from local breweries.

The final lock at Hambledon leads you on to the course of the famous Royal Regatta race into Henley on Thames. Here you always share the river with energetic rowing teams practising for their next race! Henley offers an array of small shops and restaurants, including the Loch Fyne Oyster Bar, a seafood lover’s haven, the ultimate Thames luxury boat charter.

This Charter is designed as an extended trip as it takes around 4 days to travel from Richmond to Henley and back. With the exception of Easter week when the boat will be available on a daily basis for. £2300pd on a week day £2530pd at the weekend 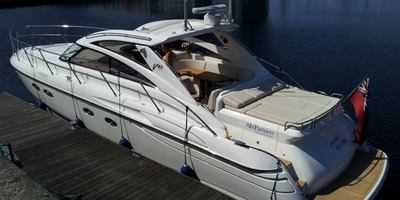