Explore one of the new 7 wonders of Nature - the Komodo Archipleago. 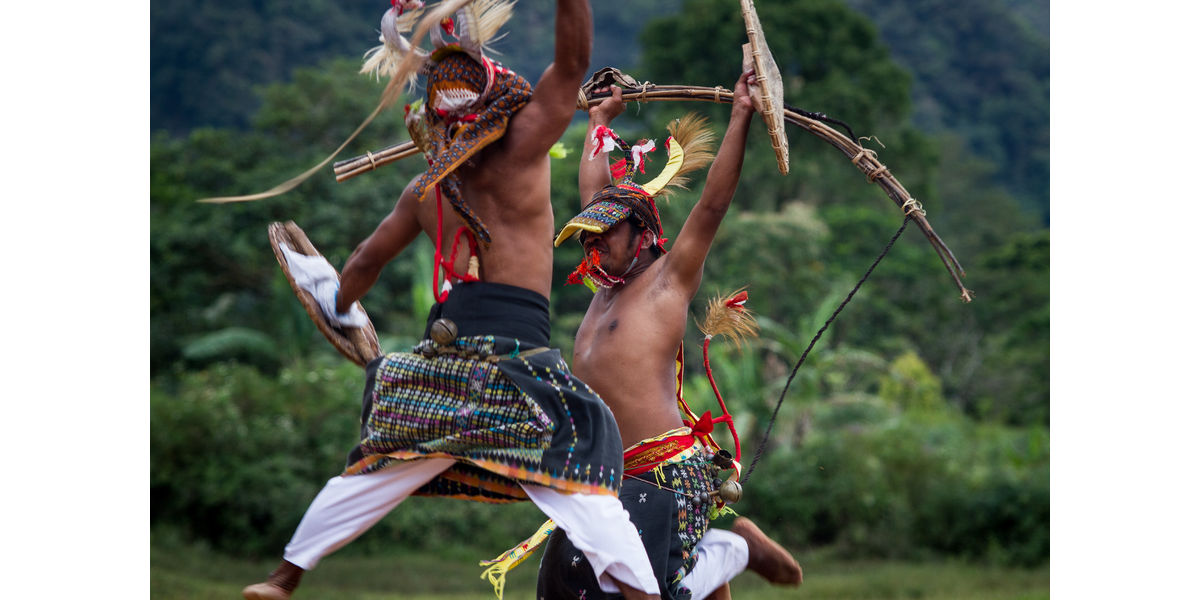 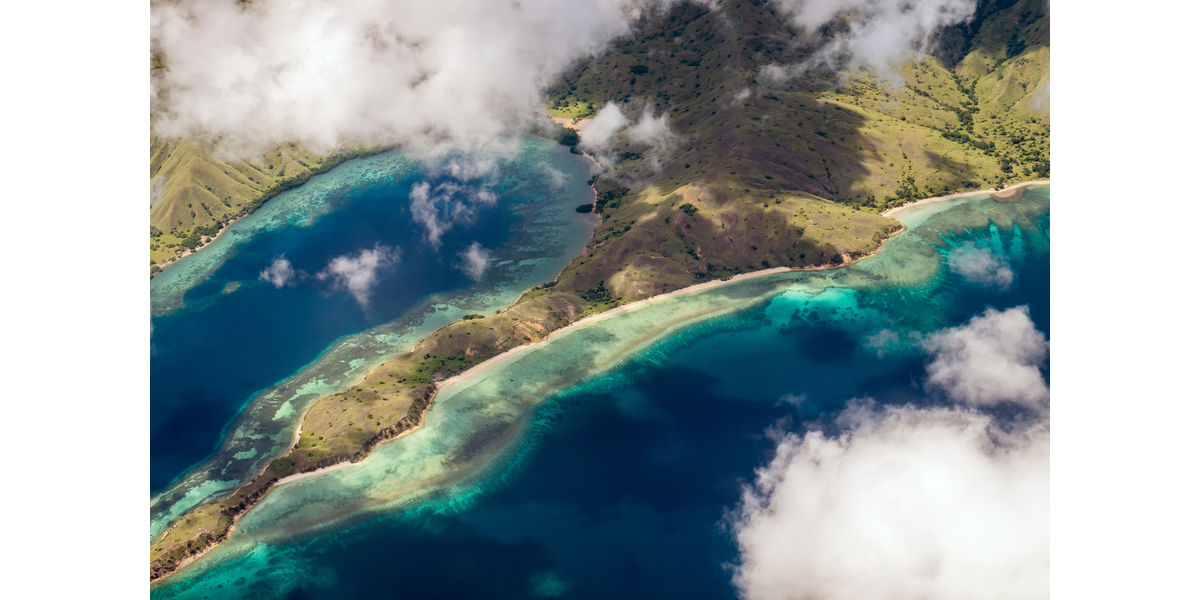 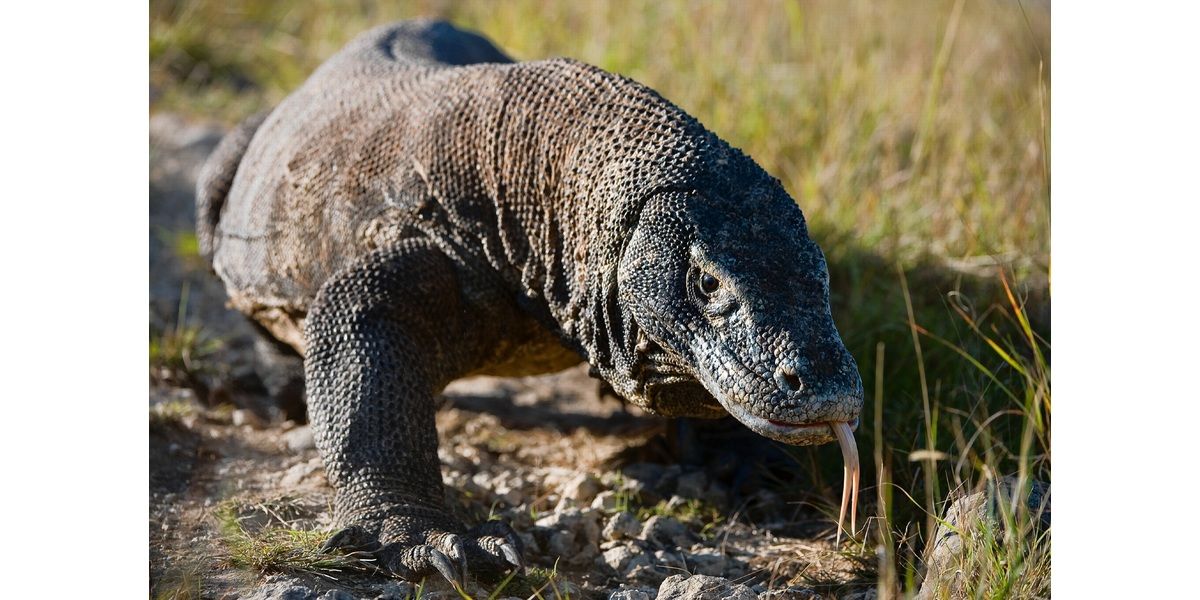 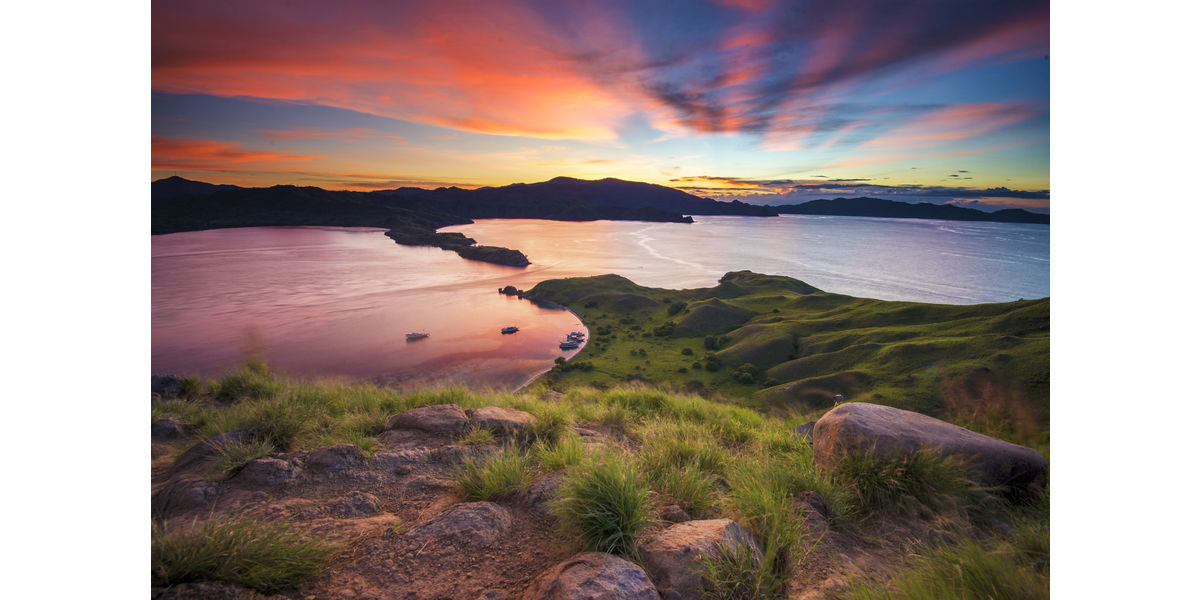 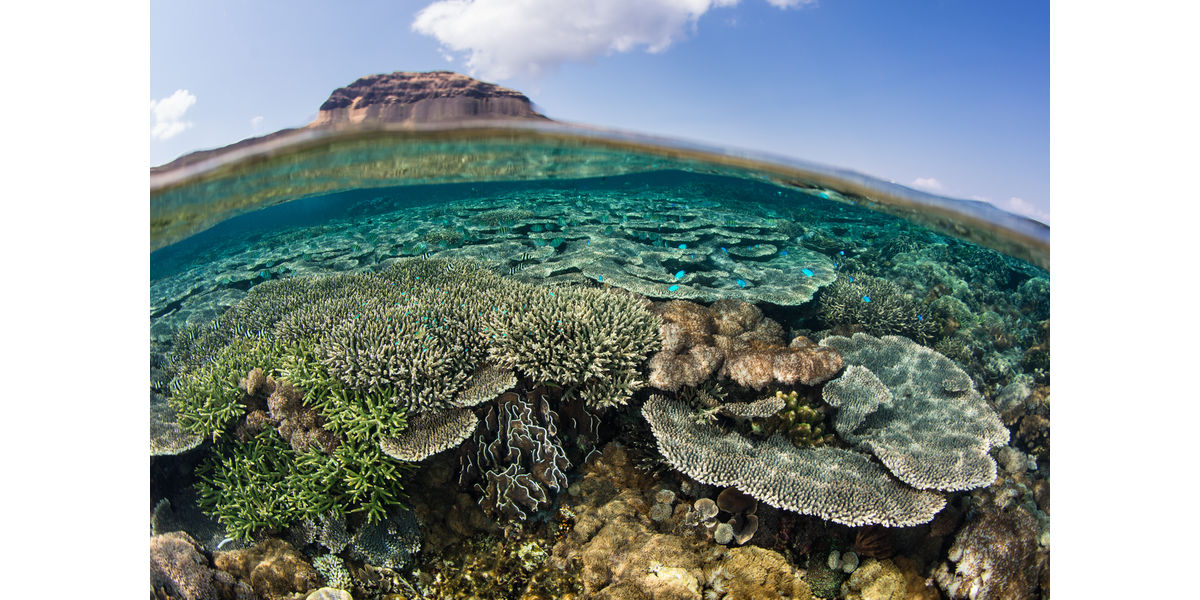 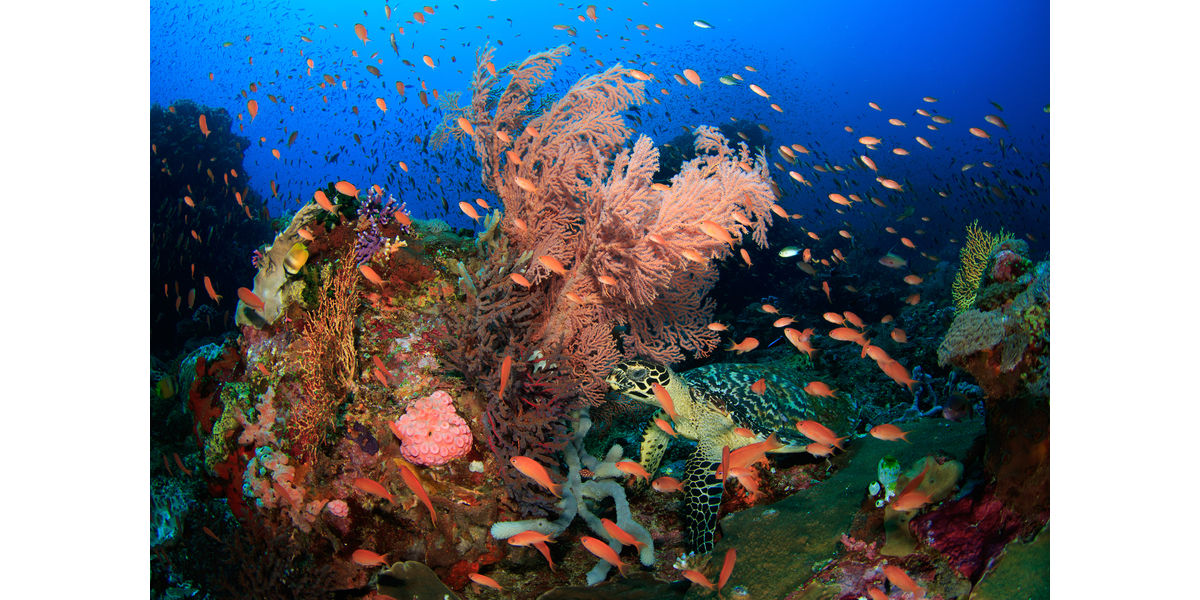 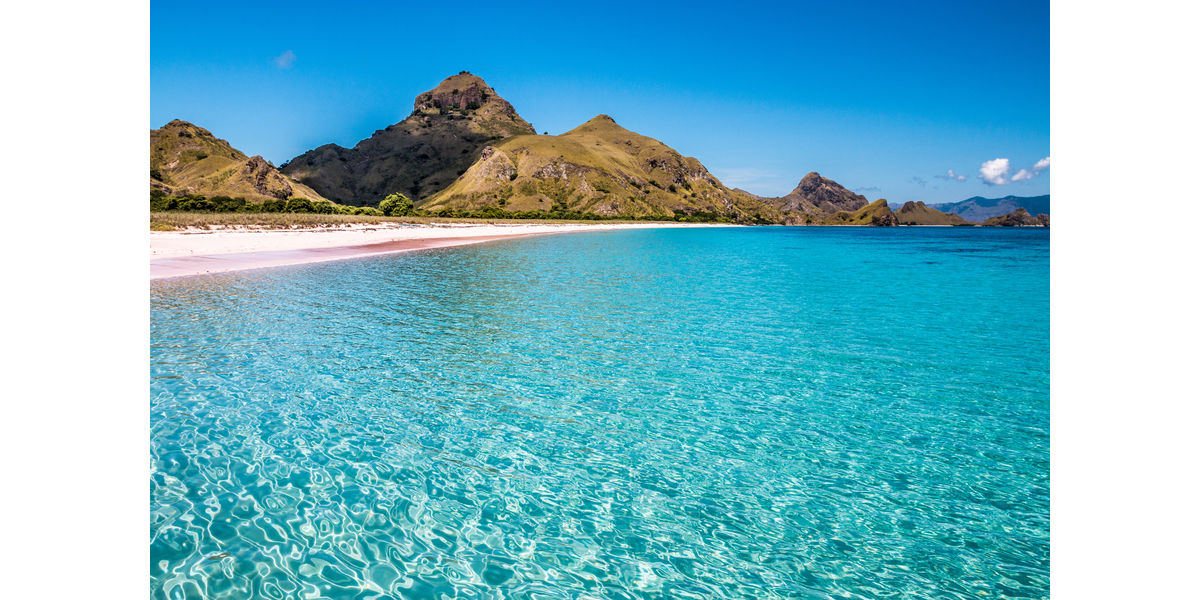 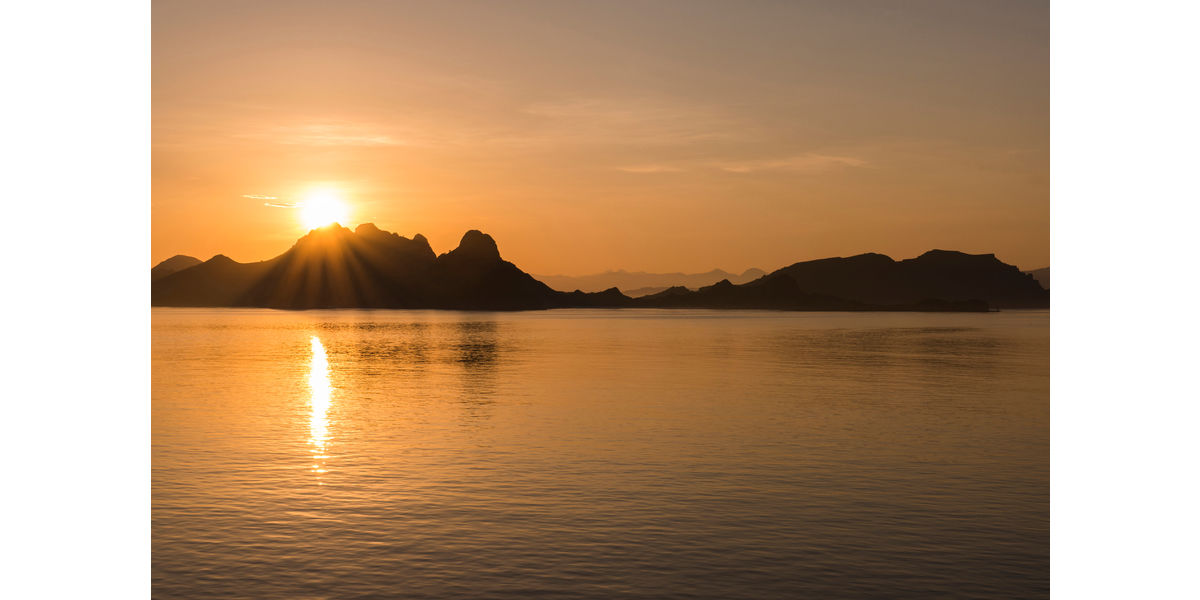 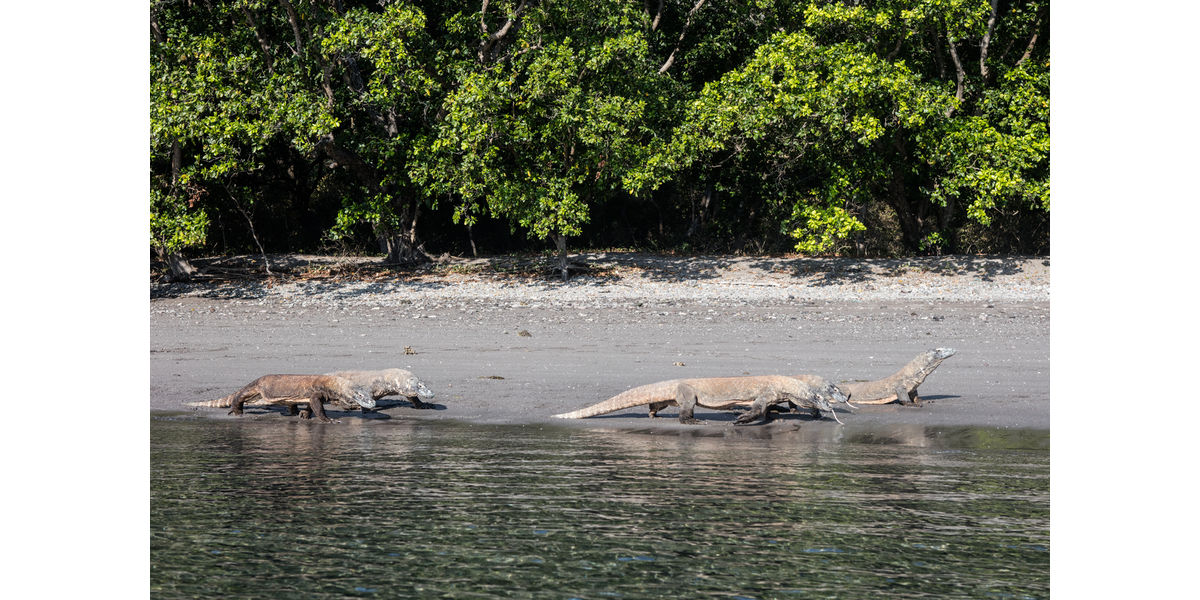 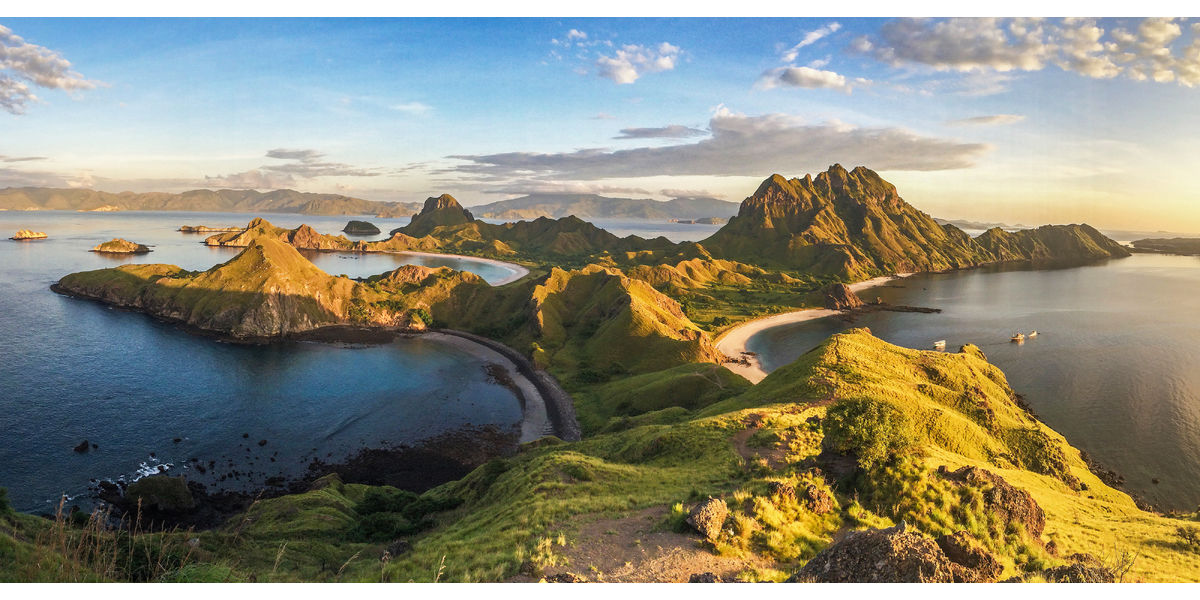 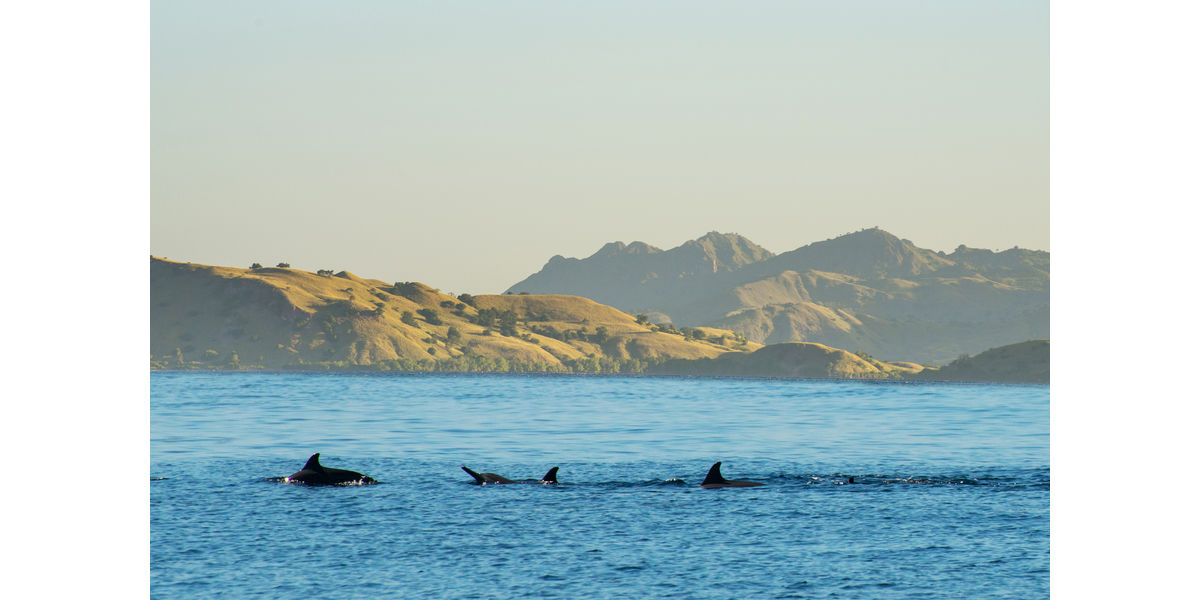 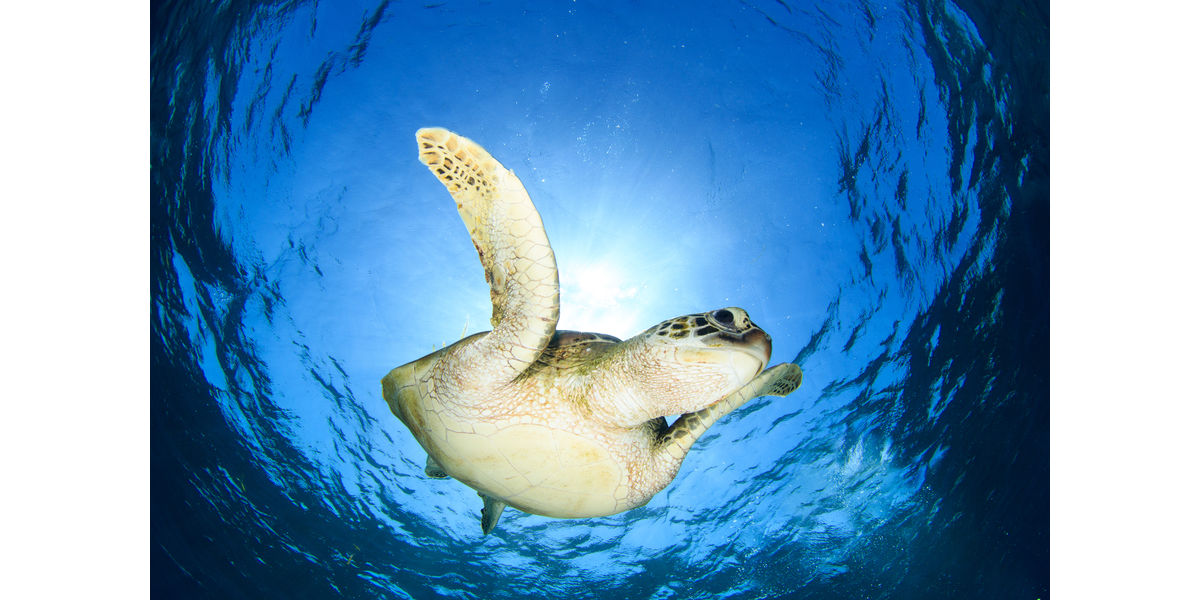 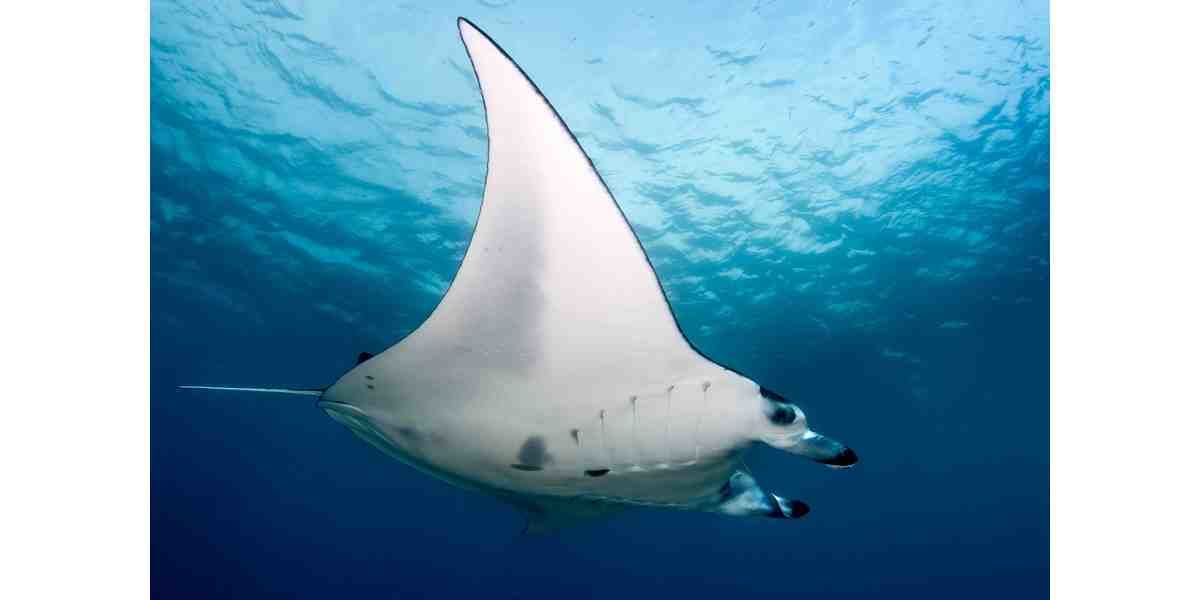 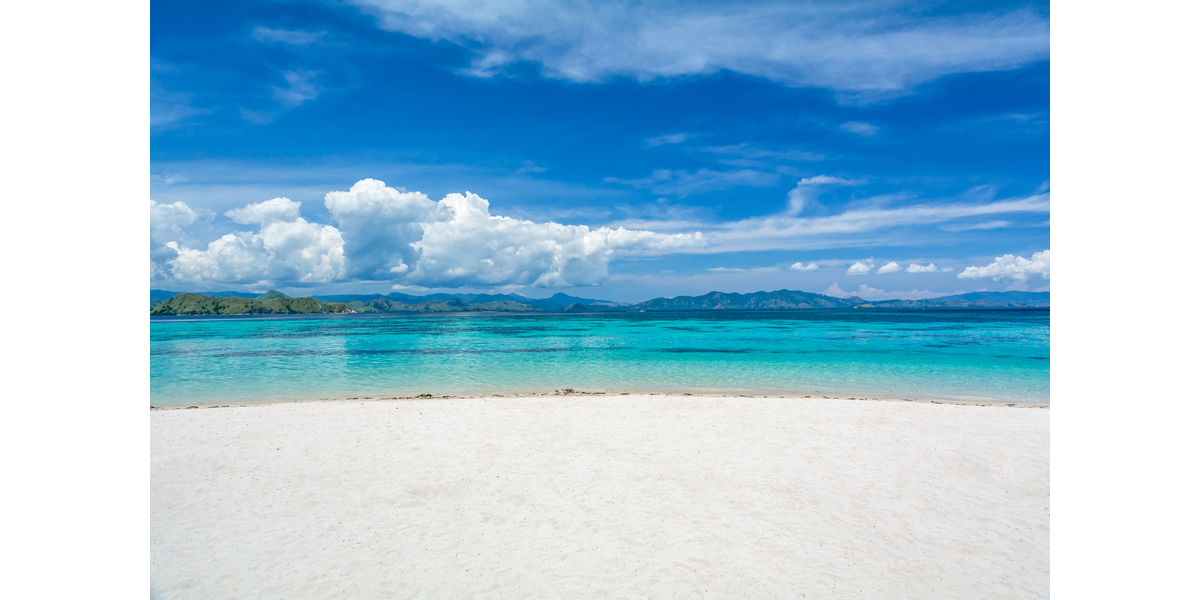 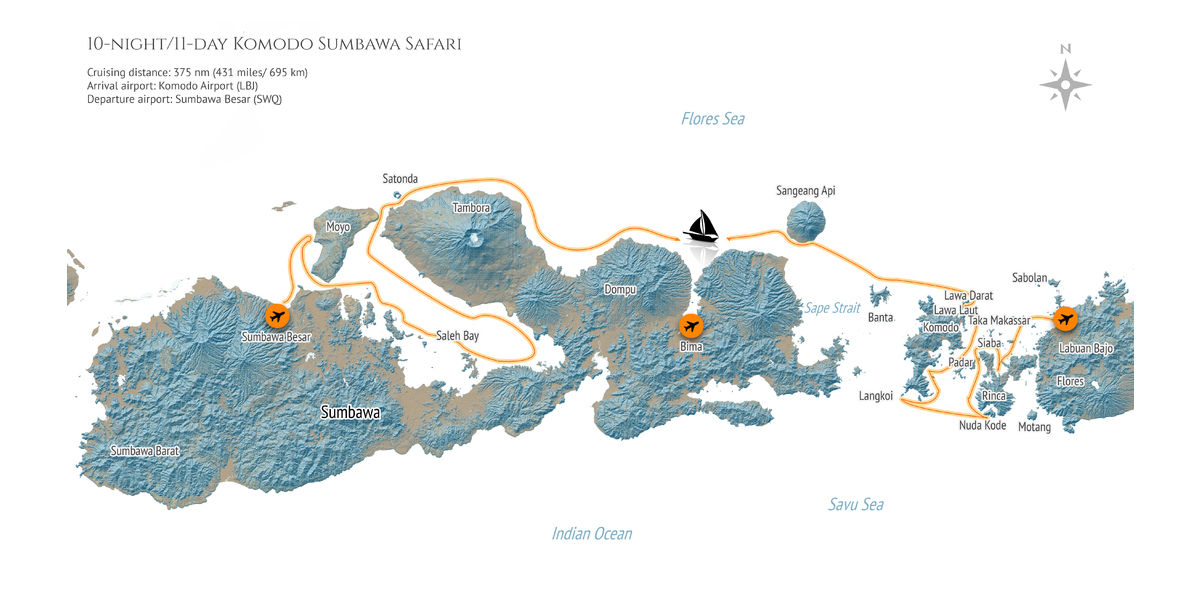 Indonesia is the country with most volcanoes is part of the Pacific Ring of Fire. 32 of Indonesia’s 147 volcanoes are in Lesser Sunda Islands. This chain starts in Bali and ends in Tanimbar. In the heart, you will find Sumbawa & Komodo Islands. While Komodo National Park is famous since it is stated as a UNESCO World Heritage Site, Man and Biosphere Reserve, and one of the New 7-Wonders of Nature. Here on the little known island of Sumbawa stands Mount Tambora, a majestic Satonda island with its marine lake in the middle of the island, as well as Sangeang Api standing still in the middle of blue sea.

Thomas Stamford Raffles, a governor of British East Indies, heard explosions that lasted for more than one day on April 5th, 1815 while he was residing at Batavia, Java. The following day, thick layers of dust covered the land as thick as 5-cm/ 2-inch. The Tambora Volcano eruption is the greatest eruption in the modern history after Toba Supervolcano in Sumatra Island, 75,000 years ago. The year 1816 was so cold that it snowed in New England in June and the period became known as “a year without a summer.” Grain shortages and famine occurred across the globe including Yunnan province of China. The demand for grain to supply Europe, coupled with bad weather, droves of settlers west across the Appalachian Mountains. This natural disaster helped spark the first U.S. real estate bubble—a situation complicated by the fact that there was no national currency at the time. When European weather improved, demand for American grain dropped, sparking a financial panic. 300 banks failed overnight, and the depression that followed lasted for several years. Other effects of the eruption were not immediately obvious and some of them still live with us today.

Tambora eruption have spaced culture and way of life from celebration of harvest from vertile land on cow “Baraban Kebo” to planting coffee and honey in the rainforest. Losing many of its indigous people due to eruption, a sea filled sealife have invited a sea gypsi “Bajau” and Bugis people to settle here as fisherman on bagan that also attract the largest fish on earth “The Whale Shark” to share food, which is known locally as “Pakek Torok”

Komodo are surrounded by scenic pink beaches & blue waters bursting with sea life which . Its brilliant pink beaches and the blue waters are home to over 60 dive sites. Here you may see 1,000 species of fish, 260 species of coral reef, 70 species of sponge, 10 species of dolphin, 5 species of sea turtle, and 14 species of whale, as well as dugong, shark and manta ray. It is a truly one of the new 7 Wonders of Nature. It is also a part of the Coral Triangle, which contains some of the richest marine biodiversity on Earth.

SIABA & MAWAN
The cold water from Flores basin is forced through this channel makes it an ideal place for pelagic or “big fish” sightings. Dramatic rugged hillsides of dry savanna surrounded by beaches and clear turquoise waters are perfect location for on-the water sport adventures. You can spend your late afternoon walking on the powdery-soft beaches enjoying tropical sunset.

TATAWA
As its name implies, Tatawa Aquarium is a shallow sea garden where the huge leather corals hide cuttlefish. You will also find big seas fans where pigmy seahorses thrive as well as schools of bumphead parrotfish and turtles feeding on soft corals. This reef is perfect for scuba diving and/or snorkeling.

RINCA
Rinca and Komodo, are the only two islands in the world one can encounter one or more than 6,000 the prehistoric Komodo Dragons. A long trek is advisable, as it will allow you to see more wildlife such as Deer and Buffalos. The wilder Komodos are also seen at Nusa Kode, south of Rinca.

PADAR
Padar is an island of stark contrasts. Geologically, the island is volcanic like much of the region and they have beautiful hills with stunning views and secluded beaches. The sheltered bay of Padar waters are ideal for water sport.

KOMODO
The convergence of warm and cold currents breed nutritious thermal climes, rip tides, and whirlpools that attract large schools of pelagic, from dolphins and sharks to manta rays and blue whales. To understand how life also depends on sea and tourism, we will take you to Komodo village. Here we can interact with charming kids and their family members as they share land with infectious Komodo Dragons without borders.

TAKA MAKASSAR
“Taka” in the Bugis language means reef while Makassar is the originating city of the “Bajau People” who settled in the Komodo Archipelago. You may also see the majestic Reef Manta and/or Oceanic Manta with wingspan up to 7 m (23 ft.) gliding under the turquoise sea. In the shallower depths, schools of hump head parrotfish, bamboo sharks and marble rays cruising at great speeds are abound.

GILI LAWA
From the shallows to the depths of this region offers remarkable coral gardens with tones of reef fishes. The crystal clear waters that surround bommies, soft corals and impressive table corals, is home to a large school of yellow-ribbon sweetlips, tuna, mackerel, fusilier and the colourful Anthias as well as Frog fish, Moray, and the Scorpion fish.

SANGEANG
Miles before reaching this remote island, you will notice the cone-shaped towering 1,949 meters/ 6,394 feet high of Sangeang Api volcano. This might be your first experience diving on the seabed of an active volcano. As you descend to the black volcanic sandy bottom, bubbles and colourful sea life will welcome to you to explore even more.

TELUK SALEH
There is no better way to wake up than to have a cup of morning coffee surrounded by the beauty of Saleh Bay scenic landscape: dramatic towering Tambora Volcano, inhabitant islands, fisherman bagan net surrounded by crystal clear waters. You may have a chance to swim with the largest fish on earth, The Whaleshark.

Walk on the rainforest of Moyo, and swim on a fresh water running from tranquil waterfall. Immerse yourself in the aquatic treasure of Tanjung Menangis where you will be surrounded by reef fishes and colorful corals. Make a wish by hanging a stone on trees that grow in Satonda Island before you paddle on kayak into its majestic salt lake.

6 11 days
Discover one the new 7 Wonders of Natures
Available with 1 yacht
What's included
Crew
Fuel
Full Board
Skipper
Snorkelling Gear
VAT
Interested to know more or to book?
Send us a message 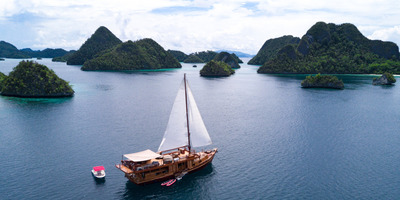