What Is a Catamaran?

If you’re thinking of chartering a catamaran on your next trip, read through our guide and get up to speed on two hulled yachts! We offer Catamarans for charter in over 60 countries and the entire selection can be seen on our Catamaran charter page.

What Is a Catamaran?

A Catamaran is a sail or engine-powered boat with a double hull, a distinct feature that makes it immediately recognizable once you're aware of the design. People often question whether a catamaran is a yacht, and due to the sleek style, versatility, speed capabilities, and comfort, a catamaran definitely earns the yacht stamp of approval. Due to these same characteristics, catamarans are becoming an increasingly popular choice among avid leisure and sport sailors.

The elegant and unique catamaran style isn't a new development - it's actually a centuries-old design that's been modified and built upon to become what it is today.

The first Catamaran was created in India, borrowing its modern name from the original Tamil word kattumaram, meaning "logs bound together". The first design was simply a raft made of tree trunks, built in the fishing communities of Tamil Nadu in southern India and used to invade several Southeast Asian countries as early as the 5th century. The kattumaram quickly became the favoured vessel style throughout Polynesia and Micronesia.

Evolved by American Nathanael Herreshoff in the 1870s and further developed in the 1950s, the catamaran concept really took off in the 20th century. It was soon functioning as a full-fledged yacht, able to compete in the racing arena with mono-hulled boats without compromising luxury. Nowadays, catamarans attract both sport and leisure boaters with its versatility, speed, and comfort. 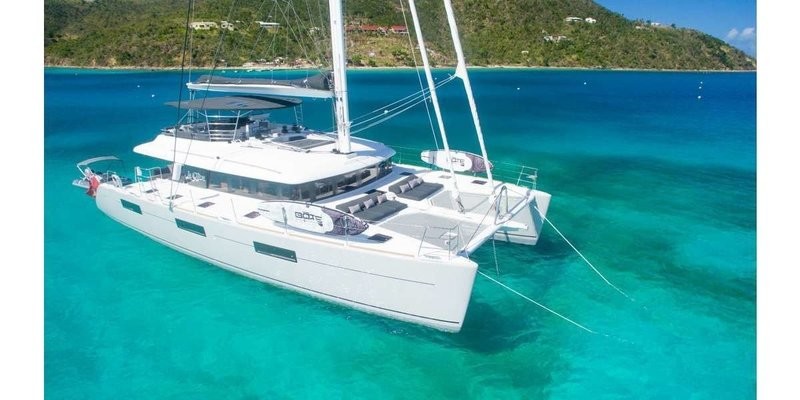 What are the Characteristics of a Catamaran Hull?

The most obvious characteristic of a catamaran is the twin hull, but there are more benefits to the cleverly crafted underside. When compared to a monohull yacht of the same size, the catamaran hull has several big advantages. Catamaran hulls are noted for having less volume, lighter displacement, and shallower draft (ie less of the boat is below water) when compared to monohull vessels. The shallow draft is especially appealing, allowing for use in shallow water and giving the captain the option to pull the boat right up to shore without worry.

Additionally, because of the hull design, catamarans boast a smaller hydrodynamic resistance, ultimately making them more economic since they don't need as much fuel to propel them forward. And for those sailors still strengthening their sea legs, the double hull increases the catamaran's overall balance and stability by reducing the amount of wave-induced motion. So long seasickness!

Catamarans have a lot of space. The living area in between the two hulls offers a dining and lounging area as well as a spacious kitchen. You also find outside lounging areas at the back and in the front of the yacht. The various places to relax mean a lot of privacy on board. The two hulls further increase the privacy aspect because the cabins are separated by the central living area and each hull has their separate entrance in most cases. This makes the Catamaran the ideal yacht to charter for two couples, two families, a group of friends or a large family. The cabins in the hulls are spacious and comfortable and their sizes vary with the exact Catamaran model.

So in summary, catamarans:

To give you an idea of the space and amenities on board a Catamaran, do have a look at the many pictures of our Lagoon 560 for charter in the British Virgin Islands.

How to Sail a Catamaran

You're sold on the idea of a catamaran, but now comes the question, how hard is it to sail a catamaran? Learning how to sail a catamaran is relatively straight forward if you're already trained in the basics of sailing. Although it does differ from monohull vessels, the idea is the same. Be prepared to tweak your sail trimming skills and get used to the difference in motion (or lack thereof) with the catamaran.

The catamaran is gaining popularity because the better-balanced hull and twin engines make it arguably easier to operate than a monohull yacht. Fluid maneuverability means that even one person can sail a catamaran as long as they've built up enough sail experience. Still, it's never a bad idea to get some formal training; the ASA and RYA both offer catamaran sailing courses to help enhance your skills.

How Fast Can a Catamaran Sail?

Catamaran's can cruise! Their speed is just another reason why the boat has become so sought-after in recent years. A sailing catamaran can typically perform 25% - 30% faster than a monohull of the same size.

So just how fast can they go? Cats average about 10 knots with top speeds reaching around 15 knots. Just keep your weight in mind - catamarans respond sensitively to heavy loads and will perform slower if overweight. 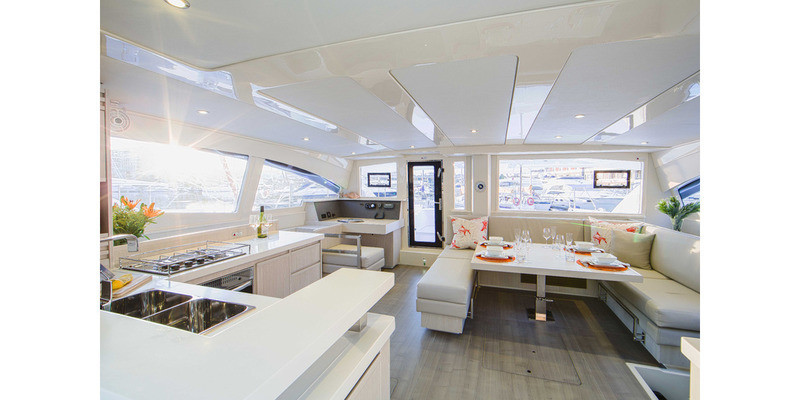 Why Charter a Catamaran?

When compared to a monohull boat of the same size, a catamaran has a tendency to be a bit more expensive to charter. However, your trip itinerary might require certain criteria that make spending a bit more worth it. For example, the flat plane and stability of a catamaran are ideally suited for a family to enjoy their holidays in a lot of comfort. It is also ideal for a scuba diving holiday, allowing divers to gear up and enter/exit the water with ease. Additionally, big parties usually find catamarans better suited for their needs in terms of deck space and overall comfort.

A Catamaran is the ideal yacht for a relaxing vacation as it boasts a lot of space, stability and living spaces - it truly is your floating hotel. But note that a catamaran holiday does not need to break the bank and is very affordable in comparison to a vacation in a hotel. For more details you can read our blog posts which gives a price comparison between a hotel stay and a catamaran charter.

Catamarans are a fun alternative to the traditional sailing yacht and the value for money is unrivalled for a yacht holiay. They provide comfort, flexibility and a lot of space to spend your time on the sea.

Curious? Check out Boataffair's huge choice of catamarans to charter in the world's most sought after destinations. 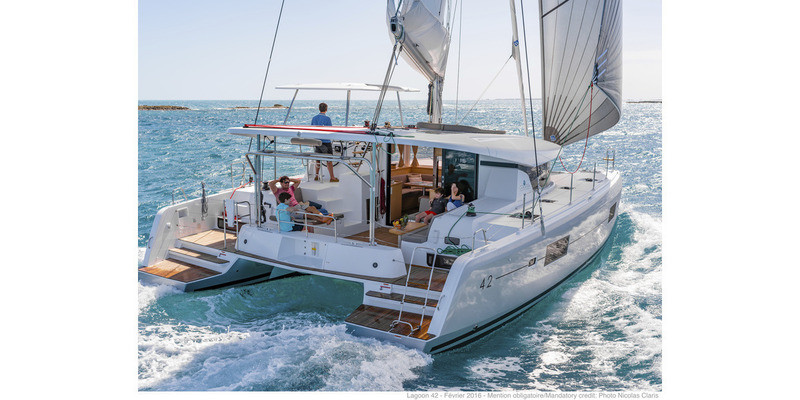