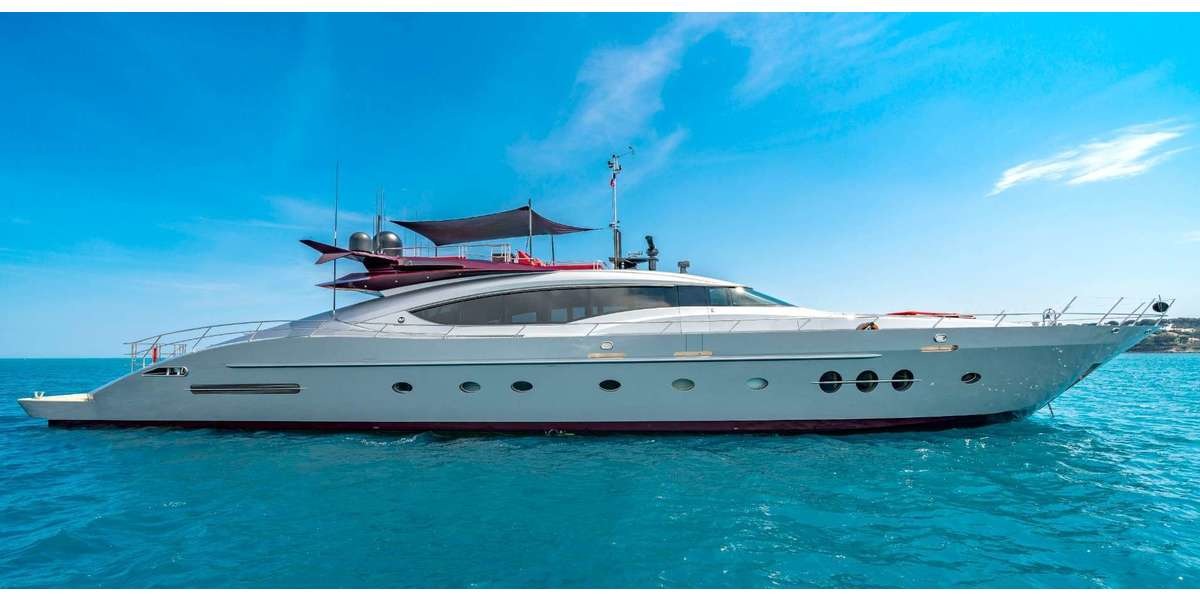 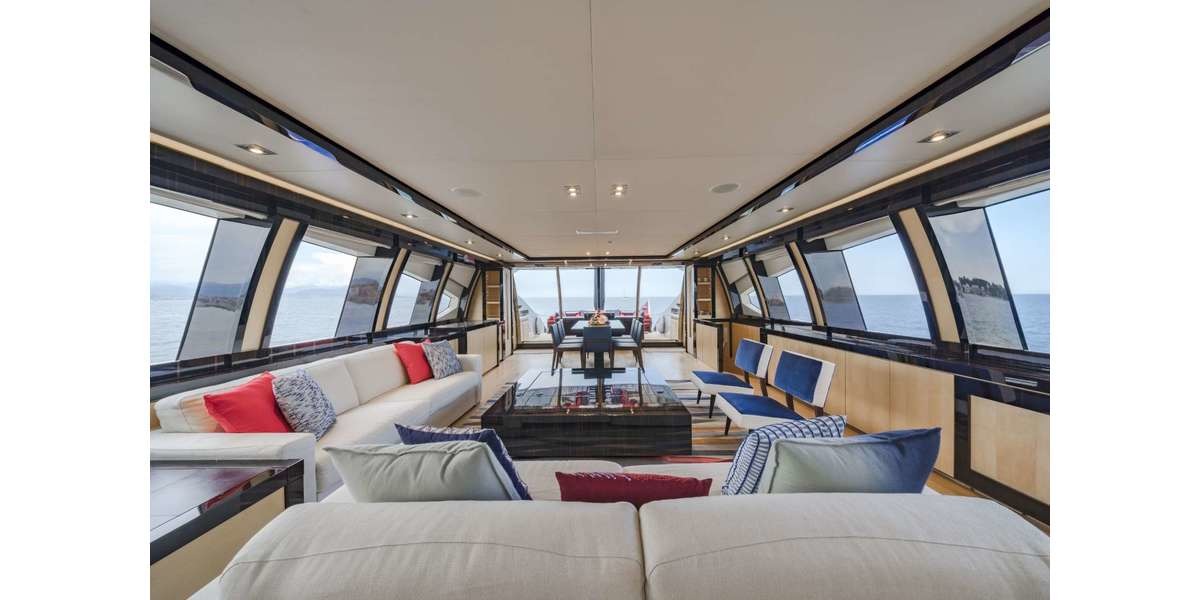 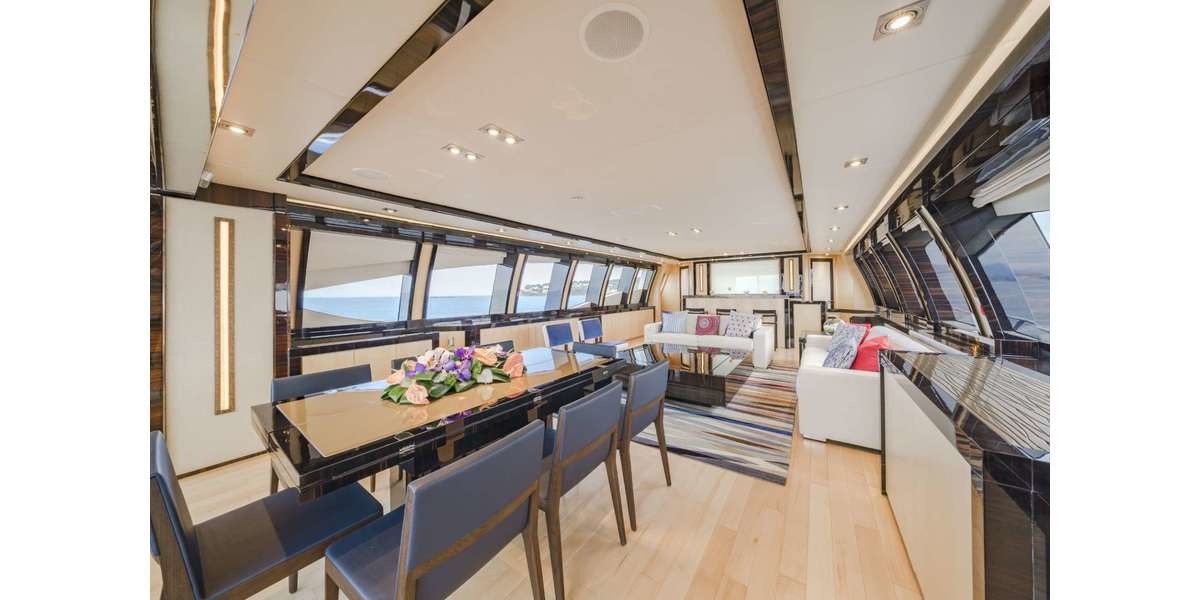 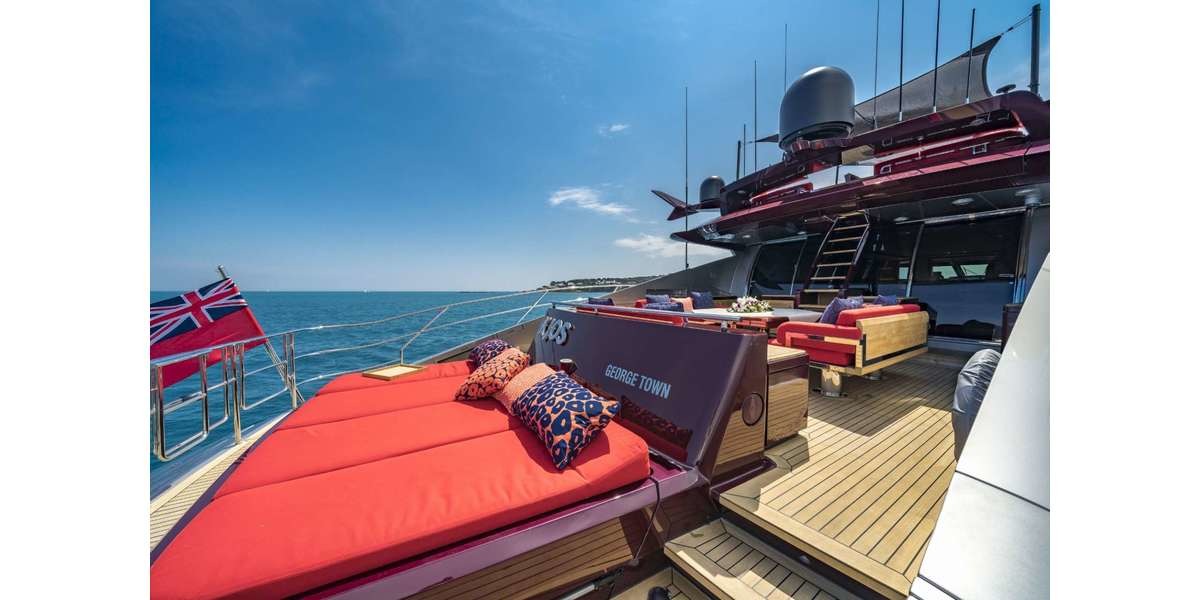 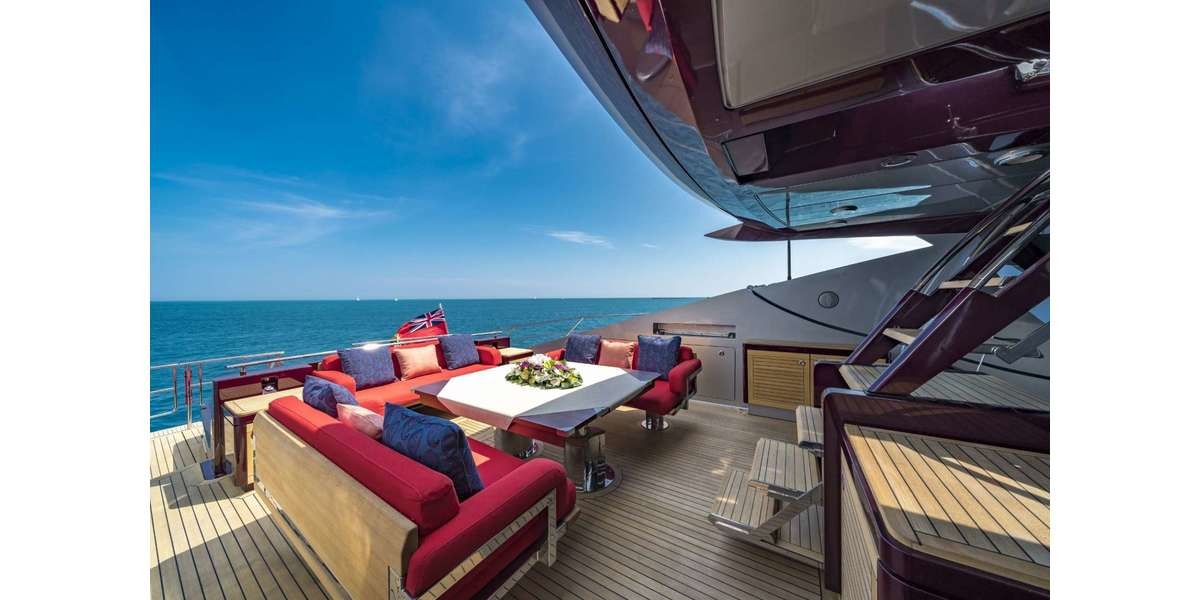 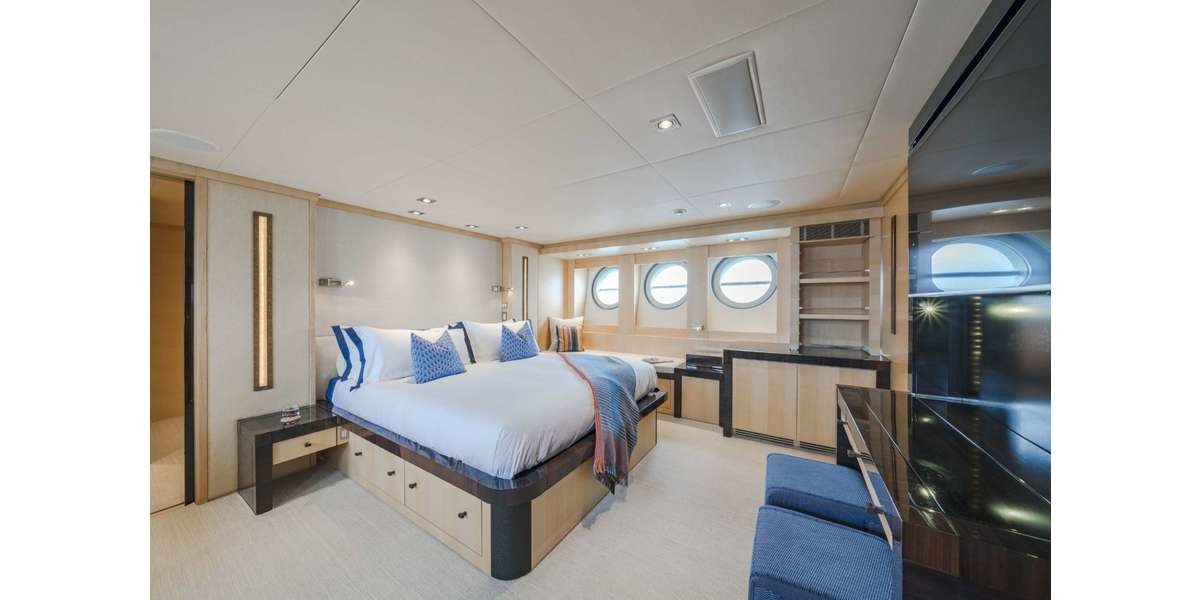 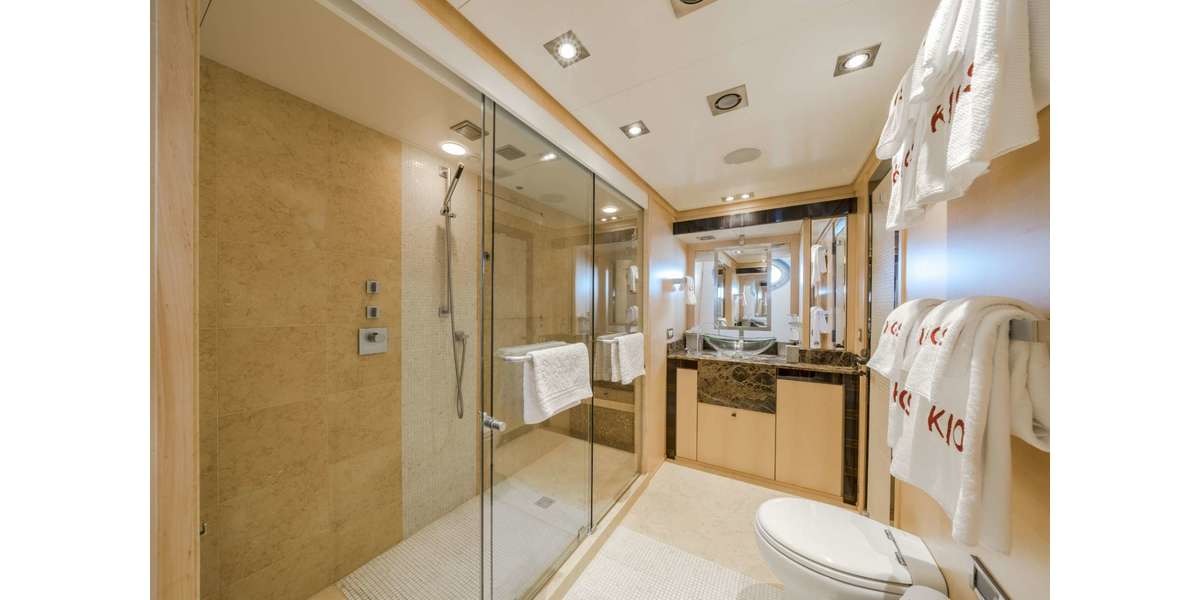 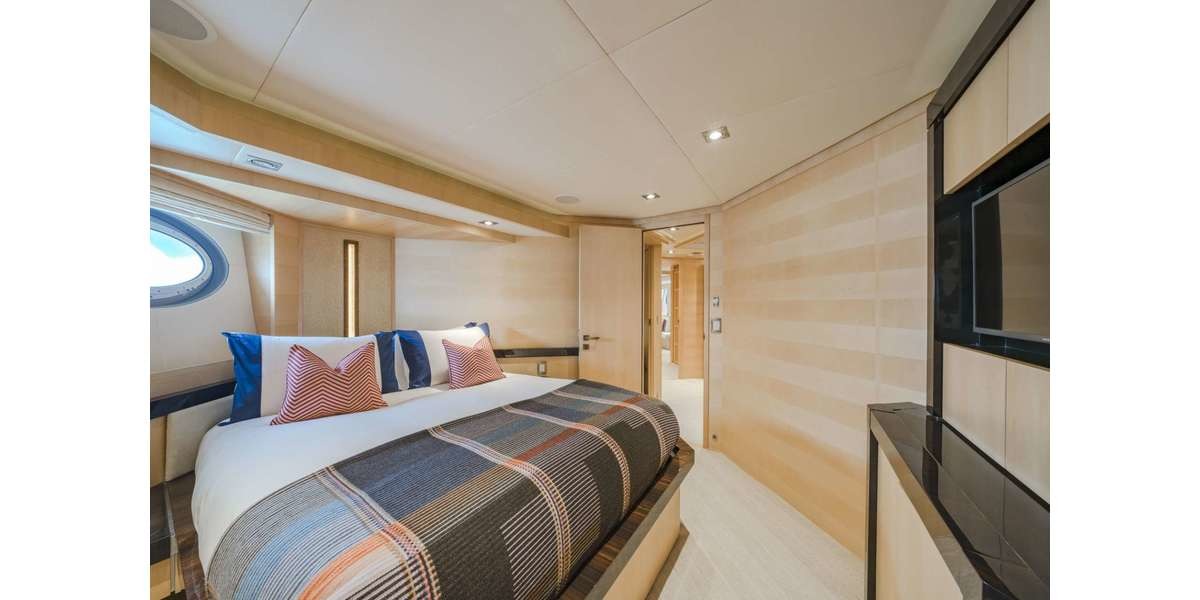 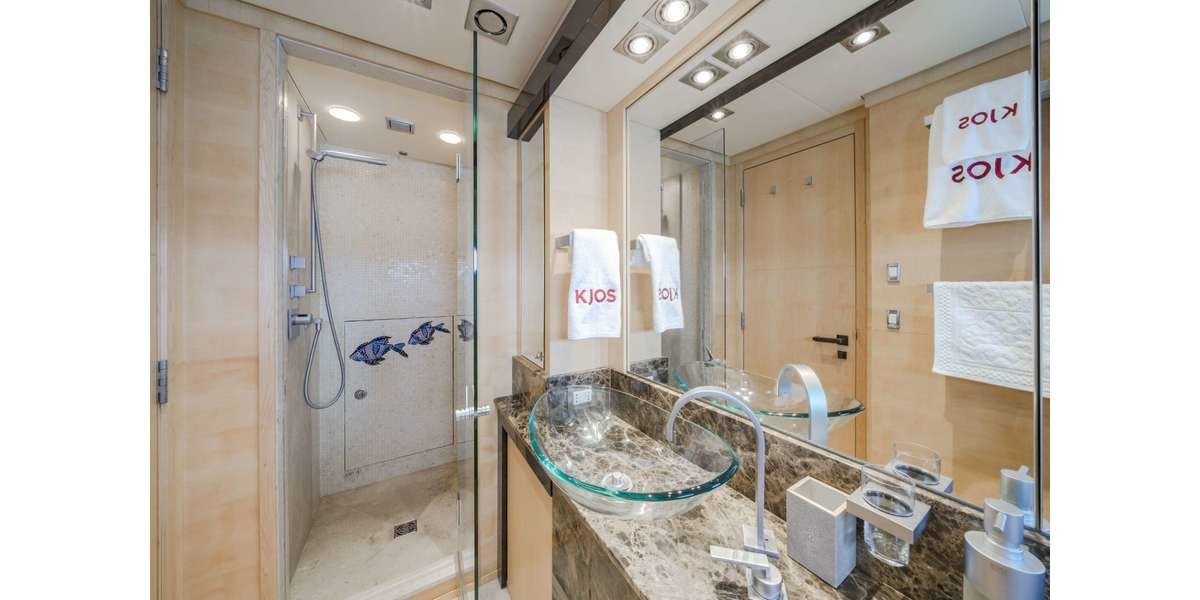 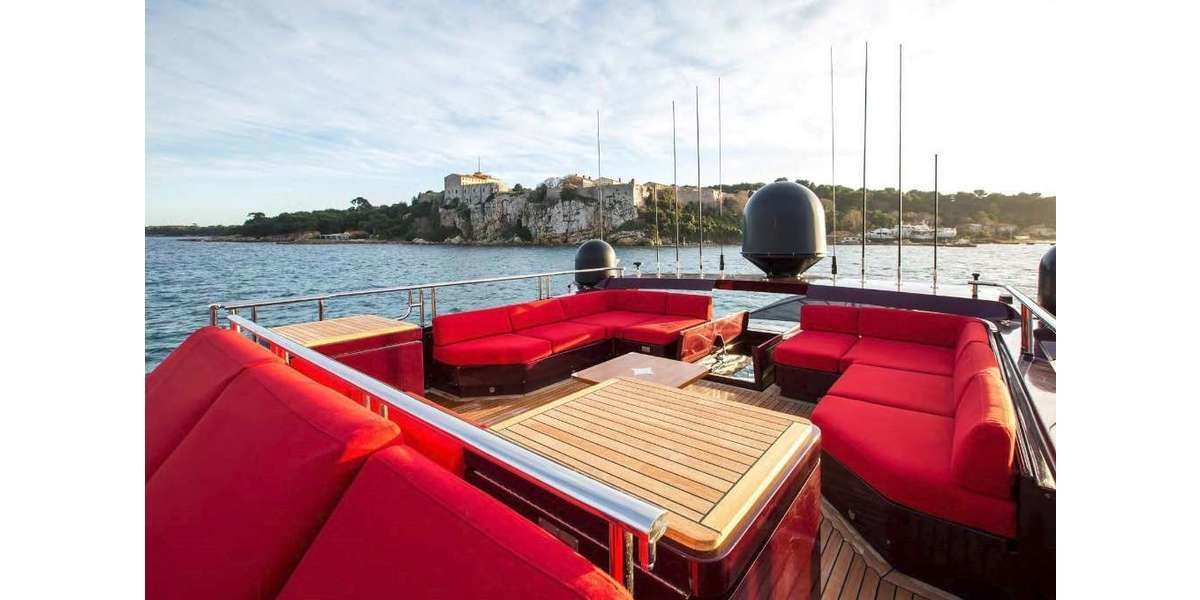 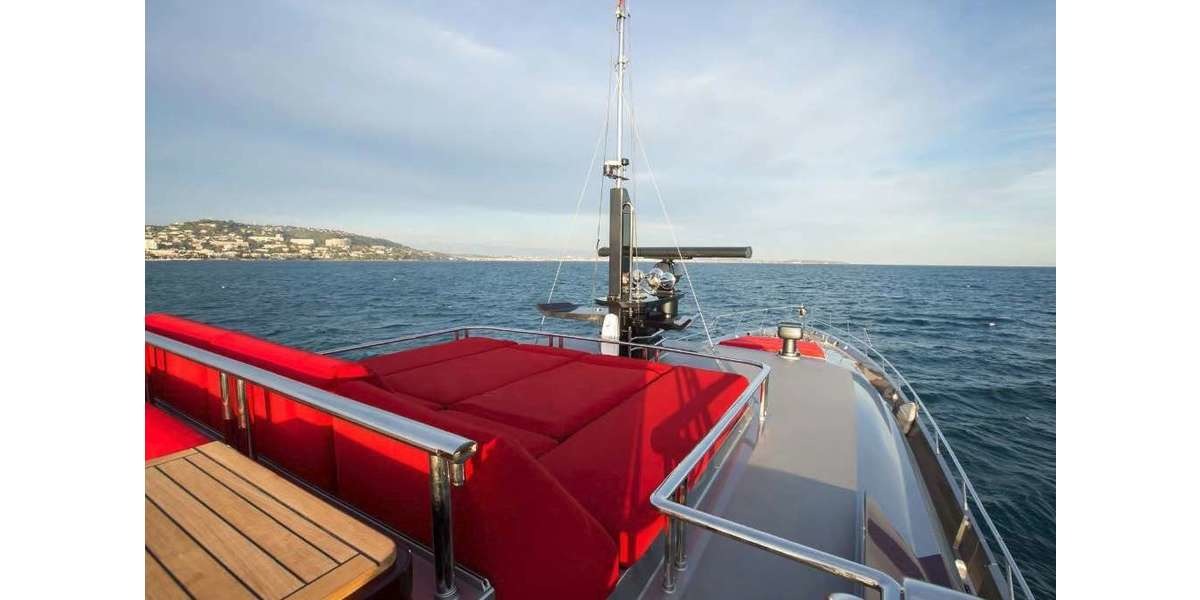 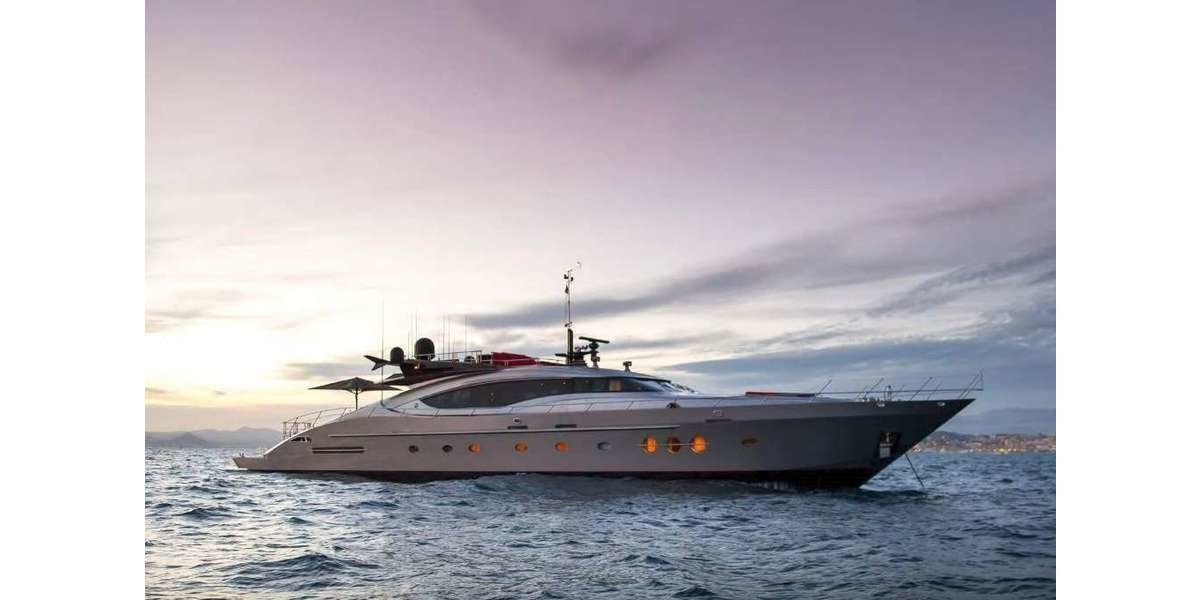 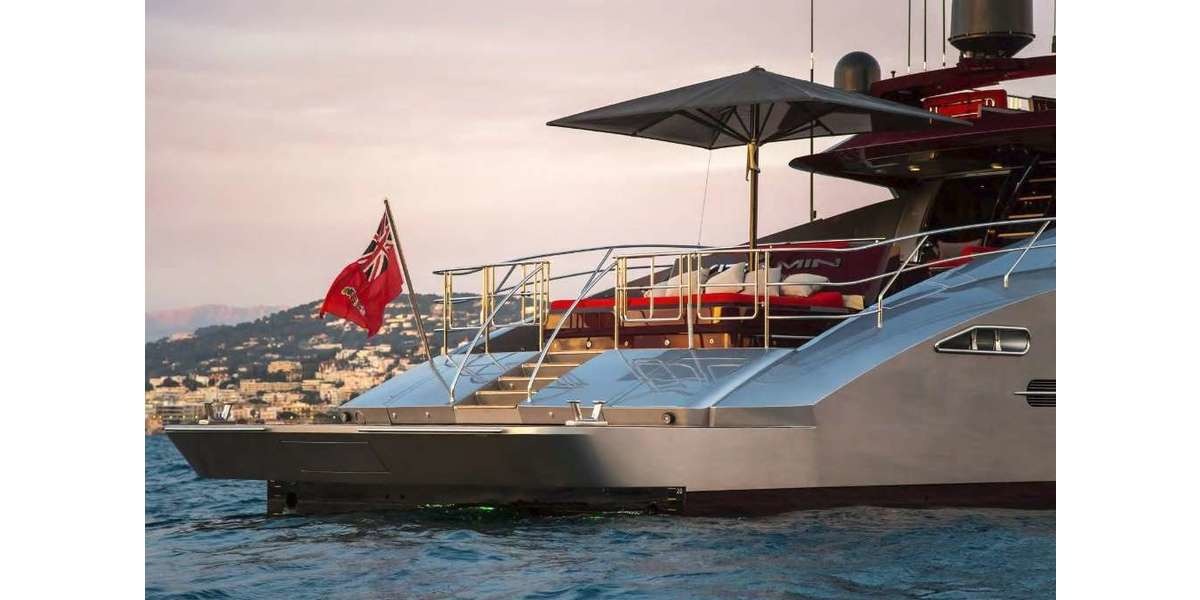 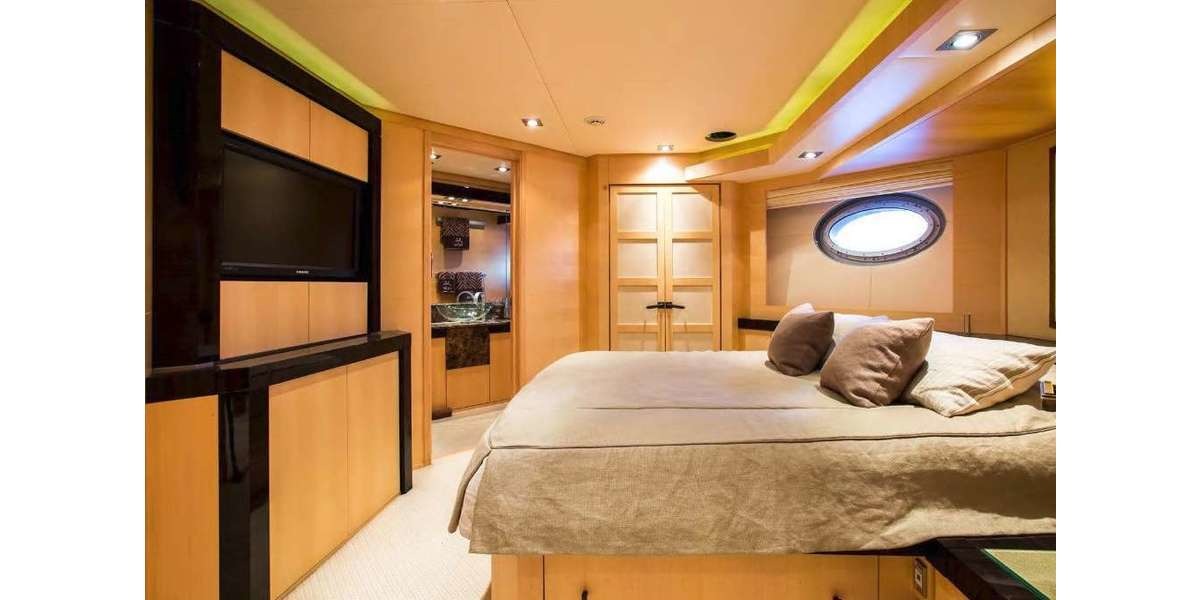 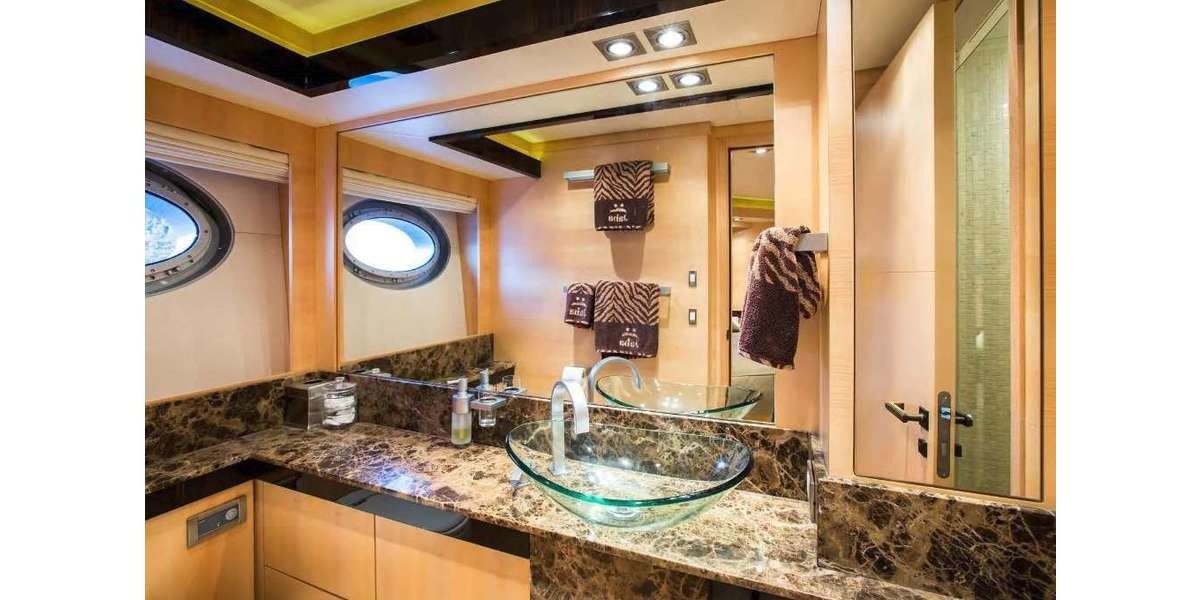 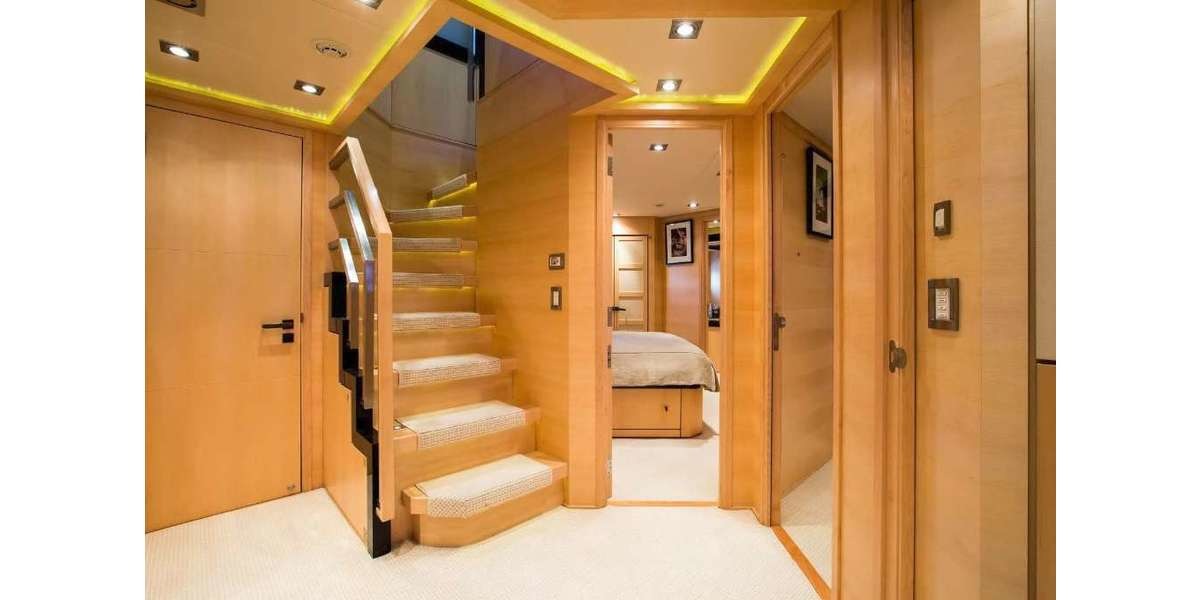 Guest accommodation for a total of 8, in 3 double cabins and a convertible twin cabin/TV room. All soft furnishings have been upgraded 2019.

1 x day cabin/twin cabin - this cabin has 2 twin beds and can either be used as a private salon/TV room, or can be converted to a 4th guest cabin with comfortable twin beds. This cabin/ salon also has its own dedicated ensuite shower room.

Equipment on the Superyacht

Prior to joining the yacht industry Alice worked as a legal secretary for 6 years at a firm of solicitors as well as managing holiday cottages, she then made the decision to join yachting for a new adventure and to make a new career.
Alice has spent the last four seasons on-board the immensely popular charter yacht REHAB a 21m Sunseeker, and with her infectious and bubbly personality Alice manages to put every guest who steps on-board at ease and happy.
M/Y REHAB allowed Alice to learn more than just the stewardess side of the job including deck skills and tender driving. Alice also enjoys cooking and did so on REHAB, so a real “all-rounder."
Hobbies include, swimming skiing, travelling and she has a real passion for cooking.
Languages: English, basic French

Ed is a natural seaman coming from a family that has been based around the water in one way or another for generations. Having grown up in the South of England, Ed learnt to sail racing dinghies on local gravel pits and reservoirs, Moving into the superyacht industry in 2004 and having completed a degree at The Solent University in Maritime Management, Ed soon realised that this was the industry where he was at home and quickly started making his way towards becoming Captain.
Most recently Ed was Captain on the 40m M/Y Flying Fish, joining the vessel in Moscow he organised and under took its delivery through the Russian inland water ways to Emden, Germany via Finland.
Prior to that Ed Captained the 35m M/Y Koi joining in the Spring of 2016 he had a very successful season resulting in repeat bookings and a full itinerary for the 2017 charter season. Ed has chartered extensively in the Mediterranean and Indian Ocean and South America and after being involved in the build of the 74m Luxury RV Pegasus in Spain he cruised the Med, Mexico and Costa Rica with a number of high-profile charter guests. Ed takes great pride in passing on his knowledge and experience to the team and the crew respect and respond well to his leadership style. He is a keen cyclist, both on mountain bikes and road cycling. Growing up around water there isn’t a water sport he hasn’t had a go at, but he tends to stick with his old favourites of sailing, windsurfing and diving. He also has a passion for restoring classic British cars, motorcycles and wooden sailing boats.
Previous Yachts: M/Y Flying Fish (40m), M/Y Koi (35m) M/Y Virginian (62m)
Languages: English

Graham is a commercially trained engineer with strong mechanical, electrical, plumbing and AV experience which he has developed over the past 3 years on yachts 40m to 80m.
Describing himself as having a strong work ethic and thriving on a challenge he takes pride in the quality of his work. Joining this yacht he is looking forward to a busy summer ahead.
Previous Yachts: M/Y Hampshire 1 (56m), M/Y Plus Ultra (74m), M/Y La Tania (50m)
Languages: English

Sam started his yachting career when he joined as deckhand the 86m M/Y Quattroelle. He welcomes new challenges and he is capable of maintaining a high standard of work and strives to be the best he can.
When not busy on deck Sam enjoys travelling, keeping fit he likes helping others in the gym environment volunteering work out with them or just giving advice.
Previous Yachts: M/Y Quattroelle (86m), M/Y Lady Lara (91m), M/Y White Knight (45m)
Languages: English